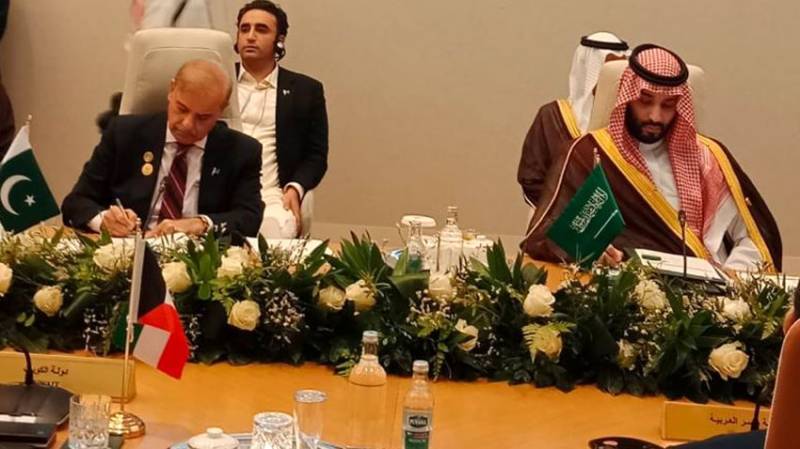 This was the outcome of a meeting between Prime Minister Shehbaz Sharif and Saudi Crown Prince Muhammad Bin Salman in Sharm al Sheikh, Egypt, on the sidelines of Climate Implementation Summit.

Alluding to their recent meeting in Riyadh, the Prime Minister and the Crown Prince expressed satisfaction over the growing high-level contacts.

The Prime Minister reiterated that Pakistan attaches great importance to its fraternal ties with Saudi Arabia which are deeply rooted in common faith, culture, values and an eternal tradition of mutual support. He said the people of Pakistan have great respect for the Custodian of the Two Holy Mosques, King Salman bin Abdulaziz Al-Saud, and love for the people of Saudi Arabia.

The Prime Minister also appreciated the hospitality and cooperation of Saudi Arabia for the two million Pakistanis working in the Kingdom who, he said, are contributing to the development, prosperity and economic progress of the two brotherly countries.

Shehbaz Sharif said we look forward to the upcoming visit of the Crown Prince to Pakistan, expressing the confidence that this will help further deepen bilateral cooperation in all areas of mutual interest. He particularly emphasized the importance of increasing trade, investment, development and people-to-people ties between Pakistan and Saudi Arabia.

Appreciating Saudi Arabia's assistance to the flood-affected people of Pakistan, the Prime Minister said that Pakistan is one of the countries which are most affected by climate change.

The Prime Minister hoped that COP 27 would yield concrete results in terms of focussing on providing financial assistance to the developing countries faced with environmental damage and loss.