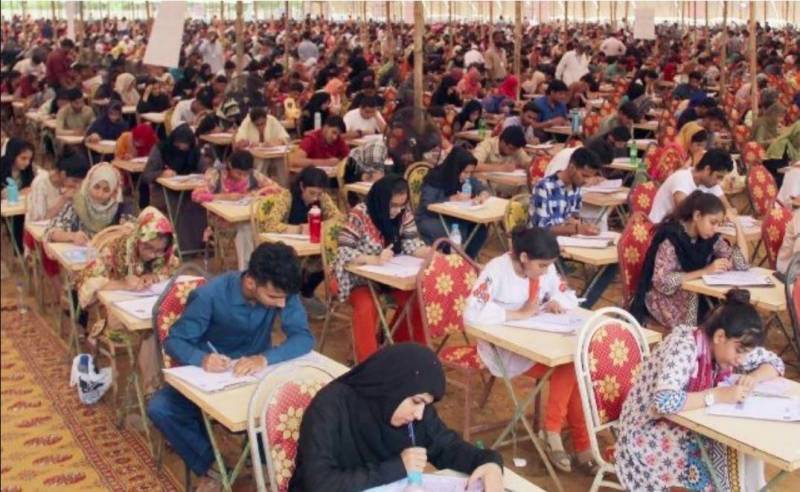 LAHORE – The Lahore High Court (LHC) on Sunday rejects a student plea seeking direction for the Pakistan Medical Commission (PMC) to conduct the upcoming MDCAT test on the basis of the syllabus prescribed by the University of Health Sciences (UHS).

Justice Ayesha A Malik was hearing a student’s matter wherein a petitioner named Muhammad Haseeb had challenged the government’s notification. The petitioner claimed that the PMC issued a revised syllabus which was new and different from the UHS syllabus.

Petitioner said that the PMC issued a revised syllabus that was new and different from that of the UHS which gave no time for preparation to the students as the MDCAT was scheduled for next Sunday, Nov 15.

PMC counsel told the court that the law required the commission to hold one single test nationwide for all medical and dental programmes in Pakistan.

The common syllabus and table of specification setting committee was formed and the Inter Board Committee of Chairman (IBCC) was consulted for the purpose of the syllabus. The counsel argued that there was nothing new rather it took all topics common in all the curriculums of the four provinces.

Justice Ayesha A Malik directs that as per the PMC syllabus clarification, the students would be given an objection form on the date of the test to record any objection to any question they believe outside the syllabus.

Justice Ayesha Malik dismissed the instant petition as no case of interference is made out.