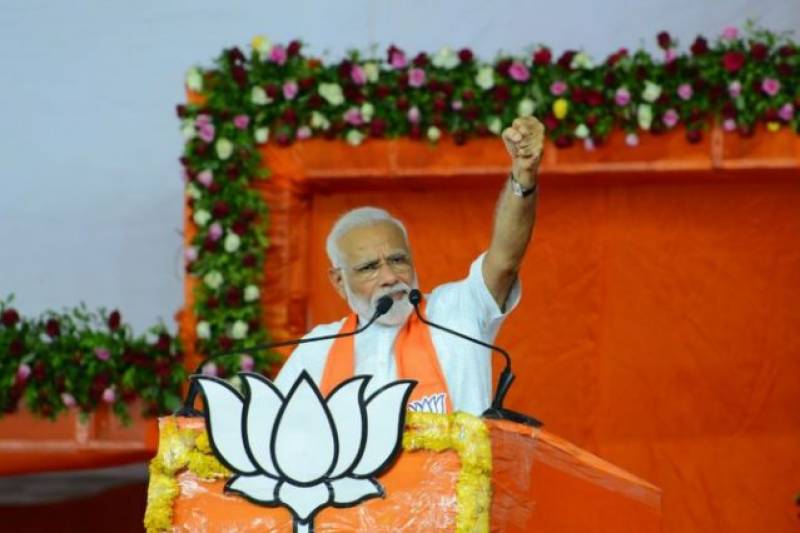 The home ministry said Thursday that Aatish Taseer had "concealed the fact that his late father was of Pakistani origin" and was therefore ineligible for Overseas Citizenship of India (OCI).

Taseer's cover article on Time magazine's international edition titled "India's Divider in Chief" -- next to Modi's face -- was published in May ahead of elections that saw Modi win a second term in a landslide.

The writer's father Salman Taseer was born in pre-partition British India and was governor of Pakistan's Punjab province until his assassination in 2011 for opposing the country's blasphemy laws.

Born in Britain, Aatish Taseer wrote on Time's website late Thursday that he lived in India from the age of two with his Indian mother -- his sole legal guardian -- and had no contact with his father until he was 21.

"The government had limited means by which they could legally take away my overseas citizenship. Yet they have now acted on those means," he wrote.

"(It) is hard not to feel, given the timing, that I was being punished for what I had written."

Under Modi, in power since 2014, India has fallen to 140th out of 180 in the World Press Freedom Index compiled by Reporters Without Borders (RSF).

At least six Indian journalists were killed in connection with their work in 2018, according to RSF, while noting a rise in attacks ahead of this year's election.

The Committee to Protect Journalists (CPJ) said that Aatish Taseer's fate showed that Modi's governing party is "intolerant of criticism and freedom of the press".

"Mr. Taseer was given the opportunity to submit his reply/objections regarding his PIO/OCI cards, but he failed to dispute the notice," an Indian Home Ministry spokesperson tweeted.

"He has clearly not complied with very basic requirements and hidden information."

Millions of people of Indian origin have OCI status, allowing them to travel freely into the country without a visa and stay indefinitely. - APP/AFP