KP Minister apologizes over abusive language against woman MPA
8 May, 2017 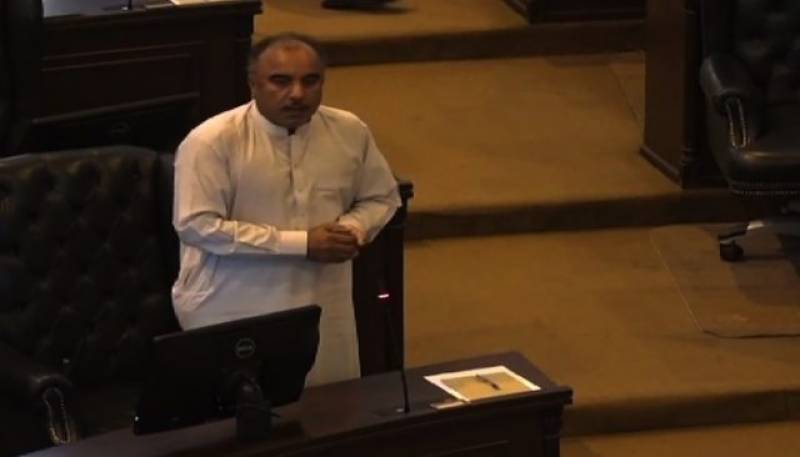 PESHAWAR: Provincial Minister for Public Health Engineering (PHE), Shah Farman Monday withdrew his derogatory remarks against the woman legislator tendered apology on the floor of the house over it.

The assembly resumed proceedings with Speaker Asad Qaiser in the chair.

Soon after recitation from Holy Quran, the parliamentary leader of PPP, Syed Mohammad Ali Shah Bacha took the floor to talk about clash between the PPP woman legislator, Nighat Yasmin Orakzai and provincial minister, Shah Farman in the house on May 5, 2017.

The PPP legislator said that KP assembly has good traditions of brotherhood and political harmony. He said that in light of that brotherhood and friendly environment in the house, the respect of the fellow women legislators is binding on all of them.

He said that Shah Farman is not only a minister, but also an important office bearer of his political party. He added that whatever happened in the house on that day was not good and requested the minister concerned to withdraw his remarks.

In response to the request of Syed Mohammad Ali Shah Bacha, the Provincial Minister Shah Farman tendered apology over the use of derogatory remarks.

Meanwhile, the Speaker Asad Qaiser with the consent of Minister for Health, Shahram Khan Tarakai and the house referred the privilege motion of Maulana Fazal Ghafoor against the District Health Officer (DHO), Buner to the privilege committee of the house while the call attention notice of the Fakhare Azam Wazir of PPP regarding the restoration of the 480 male mobilizers and 560 ADP Project employees of the Population Welfare Department was disposed of as the matter was sub judice.

The Speaker Asad Qaiser later adjourned the proceedings of till 3:00 P.M of Wednesday. (APP)