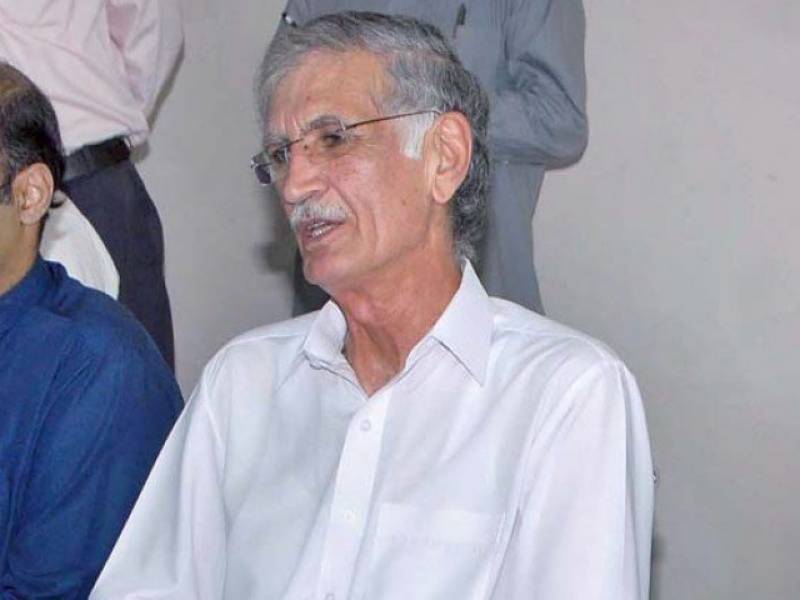 PESHAWAR: KPK CM Pervaiz khattak asked federal government for the deployment of Rangers in Peshawar in order to maintain law and order situation.
As per details, Khattak was addressing a press conference in Peshawar here at Tuesday. Talking about the issue of extortion here in the Province,  he requested to deploy Rangers in Peshawar.

CM expressed his grief over the issue of extortion and said that a letter had been written to Interior Ministry in this regard asking to provide Rangers for the security of Peshawar.
KPK CM's letter stated that Operation Zarb-e-Azab and National Action Plan played an important role in improving the security situation in Peshawar but the issue of extortion did not end as a major group involved in extortion cases and the group is being operated from across the border.

He further elaborated that the issue of Afghan Sims, used in extortion calls has been raised by him in the recent meeting with Afghan envoy Omer Zakhiwal.
In response, he assured KPK CM that Afghanistan would make its all possible efforts to arrest the men who were involved in extortion calls and target killing of Haji Haleem Jan, President of Peshawar Trader’s Association.