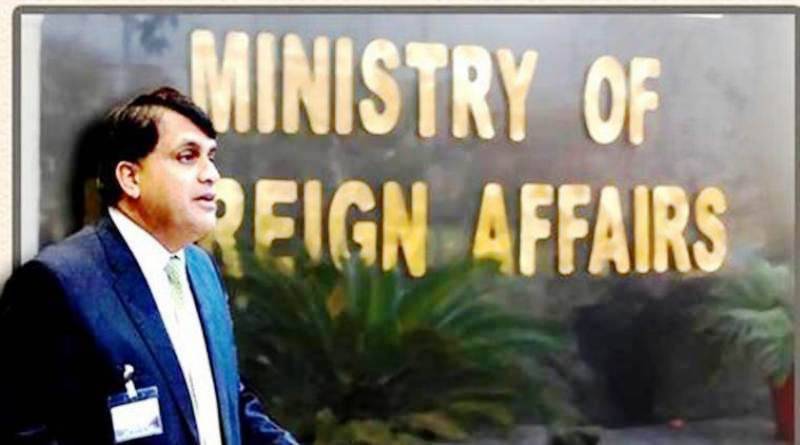 ISLAMABAD – Pakistan will be signing a MoU with Russian Federation to conduct a feasibility study for the construction of an offshore gas pipeline involving Iran, Foreign Ministry Spokesperson said.

Muhammad Faisal while responding to a question posed by IRNA at his weekly news briefing in Islamabad on Thursday said that the proposal for construction of undersea gas pipeline has been under consideration since 2017.

“The proposal involves Pakistan, Iran, Russia and India,” he said. The spokesperson added that the ministries of energy of Pakistan and Russian Federation have finalized a MoU for conducting a feasibility study for implementation of the undersea gas pipeline project.

“Purpose of this MoU is to assist and provide support for the realization of the proposal. Based on the results of this feasibility study the two sides will take a decision for the future of the project,” he said.

Muhammad Faisal said that Iran-Pakistan (IP) gas pipeline is a separate project being dealt by Pakistani’s ministry for petroleum and natural resources.

He said that Pakistan and Russia are strong partners in the field of energy. “The two countries have concluded various proposals in the energy sector including construction of North-South gas pipeline, import of LNG from Russia, installation of air mix plant, establishing of 600 MW combine cycle power plant etc,” he said. In his opening remarks the spokesperson said Pakistan President Mamnoon Hussain will visit China on 09 June 2018 to attend Shanghai Cooperation Organization (SCO) summit in Qingdao, China.

Earlier reports surfaced in Pakistani media that Pakistan and Russia are poised to sign a $10-billion offshore gas pipeline deal, a project planned by the latter to capture the energy market of Pakistan. Final cost of the project will be assessed following a feasibility study to be conducted by Russian energy giant Gazprom.