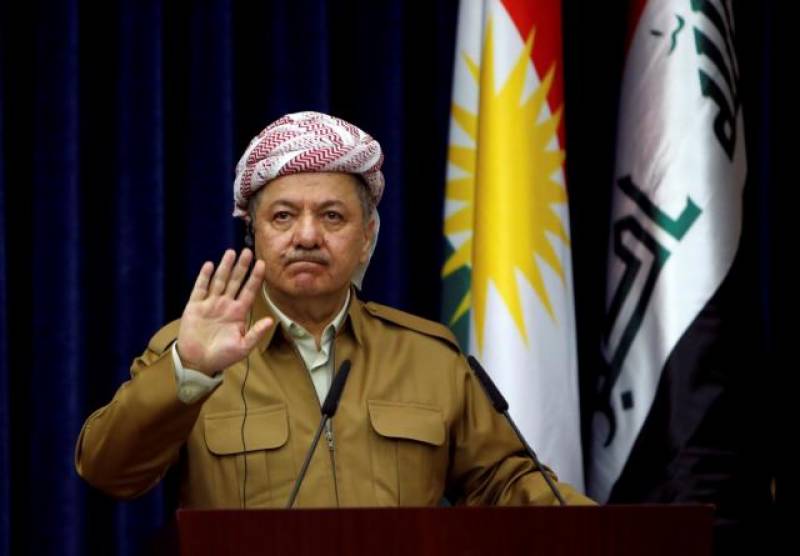 Iraq's autonomous Kurdish region on Wednesday announced it would hold a referendum on independence, in a move the central government in Baghdad is likely to oppose strongly.

"I am pleased to announce that the date for the independence referendum has been set for Monday, Sept. 25, 2017," Kurdish leader Massoud Barzani said on Twitter.

Barzani's assistant Hemin Hawrami tweeted that voting would take place in the disputed region of Kirkuk and three other areas also claimed by the central government; Makhmour in the north, Sinjar in the northwest and Khanaqin in the east.

The president of Iraq's ruling Shi'ite coalition told Reuters in April it would oppose a Kurdish referendum. Ammar al-Hakim especially warned the Kurds against any move to annex oil-rich Kirkuk.

The referendum date was set after a meeting of Kurdish political parties chaired by Barzani, who heads the autonomous Kurdistan Regional Government (KRG).

Hawrami said the question put to voters would be "do you want an independent Kurdistan?"

A senior Kurdish official, Hoshiyar Zebari, told Reuters in April the expected "yes" vote would strengthen the Kurds' hand in talks on self-determination with Baghdad and would not mean automatically declaring independence.