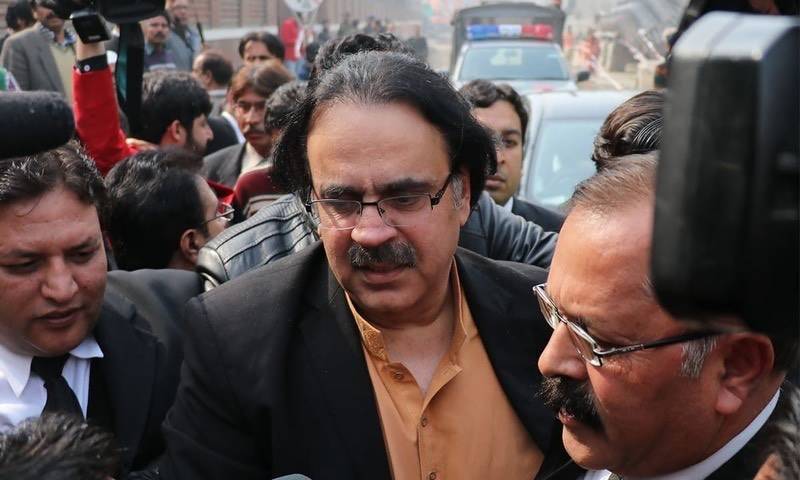 The provincial minister for labour Saeed Ghani had filed a lawsuit for recovery of damages against Anchor Dr Shahid Masood, his programme producer, chairman and chief operating officer of Airwave Media Group for airing various programmes in November 2017 during which baseless allegations were leveled against the plaintiff with an aim to damage his reputation and internationally.

Additional district and sessions judge ix Karachi, F South Fateh Mubeen Nizam, after final hearing on January 22 reserved his judgment which he announced on Tuesday decreasing the suit in pecuniary terms as prayed.

Dr Masood had previously been sent to jail on judicial remand in PTV corruption case. Moreover, a Joint Investigation Team (JIT) on the Zainab rape and murder case also rejected his claims aired on the tv screen. The sensationalist tv host in his show, had alleged that Zainab’s suspected rapist and murderer was a member of a pornography gang which also includes a Punjab minister.