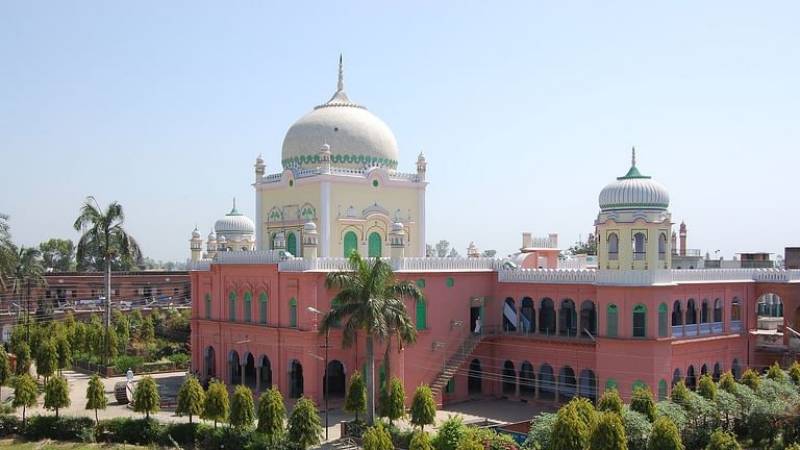 The Indian government has banned the official website link of the Islamic seminary Dar-ul-Uloom at Deoband in the Saharanpur district of Uttar Pradesh, Indian media reported on Tuesday.

The ban link was imposed on Monday by District Magistrate Akhilesh Singh who had been asked by the National Commission for Protection of Child Rights to probe into an alleged diktat over the issue of legal rights of adopted children link on their parent's property, an official said.

This came after the National Commission for Protection of Child Rights (NCPCR) flagged content on the website asking Muslim link parents not to allow their daughters to study in co-educational schools and avoid textbooks with pictures of living things.

The NCPCR had written to the UP government alleging that these instructions were violative of the rights of the children link and has sought immediate removal of such content.

An official spokesman of the seminary, however, told media that the online fatwas were mere "mashwara" (advice) and not imposed on anyone.

NCPCR chairperson Priyank Kanoongo had told the media that the body had given the district magistrate 10 days to look into the matter and remove all the objectionable content.

NCPCR has particularly taken exception to the "fatwas", such as advice given to parents, asking them to choose "only schools with female teachers and female students" for their daughters.

It has also objected to the seminary asking parents not to encourage their daughters from taking part in extra-curricular activities in schools, shun the use of costumes for children link in school functions and not even let them wear a tie as part of the school uniform, as according to some Ulema, it was un-Islamic. It had also objected to fatwas asking parents not to give any property rights to adopted children link.