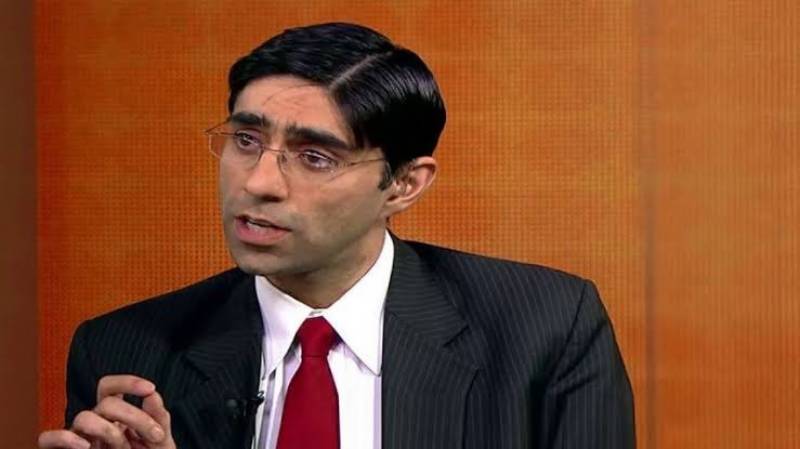 Pakistan believed in and abides by international law and its goal was peace on the borders and in the region, the SAPM said in his exclusive interview with Turkey's Anadolu News Agency which was his second interview with foreign journalist after Karan Thapar of India.

Dr Moeed said they had a comprehensive security policy aimed at human security and well-being. "It is the responsibility of the United Nations to fulfill its promise on the Kashmir issue. Kashmiris are disappointed on the non-implementation of UN resolutions."

He added that India needed to take the right steps to resolve the Kashmir issue as peace in the region would depend on India's move in the right direction. "Pakistan will continue to actively believe in its position and legitimate demands to the world."

The SAPM said there were three pillars of Pakistan's vision: regional peace, transit and development partnership. He underscored that Pakistan was open to provide economic bases to the whole world. Dr Moeed said India's foreign policy revolved around harming Pakistan.

He regretted that when it came to the matter of West Pakistan, it was observed that the Western media was misrepresenting Pakistan on the issue. "Kashmir is more of human rights dispute than the land dispute."

Western media was reprimanding India for human rights violations in Kashmir, he added. He went on to mention that Pakistan stood for peace and dialogue in principle while it was the responsibility of the whole world to resolve Kashmir issue.