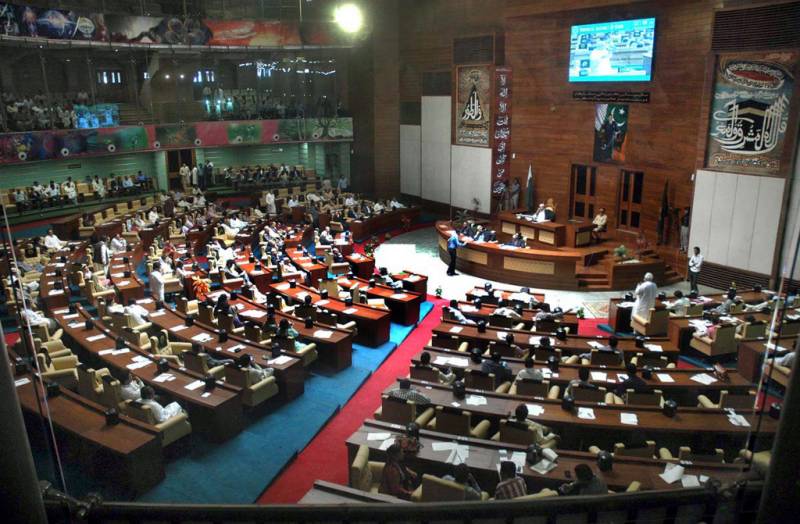 KARACHI: The Provincial Assembly of Sindh on Thursday passed two government bills and an out-of-turn resolution on the increase in fares of Hajj pilgrimage, observes Free and Fair Election Network (FAFEN) in its Daily Factsheet.

Fifty-three lawmakers (32%) were present at the outset and 59 (35%) at the adjournment of the sitting. The parliamentary leaders of PPPP, TLP, MQMP and MMAP attended the sitting.

The Minister for Parliamentary Affairs introduced the Sindh Prisons and Correctional Facilities Bill, 2019, which was sent to the Select Committee by the House.

Moved by the Minister for Local Government, the House passed the Sindh Local Government (Second Amendment) Bill, 2019. The bill was considered soon after its introduction without being referred to the committee. According to Rule 100(3) of the Sindh Rules of Procedure, at least three clear days shall intervene between the issue of copies of the bill to members and the motion for consideration of the bill.

The House considered the Sindh Technical Education and Vocational Training Authority (Amendment) Bill, 2019 as reported by the Select Committee and later passed it.

Jointly moved by the lawmakers belonging to PPPP and TLP, the House adopted a supplementary resolution urging the federal government to take back the increase in Hajj fares. Eleven lawmakers debated on the resolution for 32 minutes.

The Minister for Transport and Transit responded to four starred questions. The lawmakers asked 19 supplementary questions as well.

A PPPP lawmaker withdrew his Adjournment Motion (AM) on the overbilling by Hyderabad Electric Supply Company (HESCO) in Mirpurkhas on the assurance of the Minister for Parliamentary Affairs that the issue would be resolved. Discussion on an AM regarding the anti-encroachment operation in Karachi was deferred.

A lawmaker spoke on a Point of Order for two minutes. The House was adjourned to meet again on February 8, 2019 (Friday) at 1500 hours.