Thousands of PEGIDA members come on roads of Germany and Europe in anti Islamic rallies
8 Feb, 2016 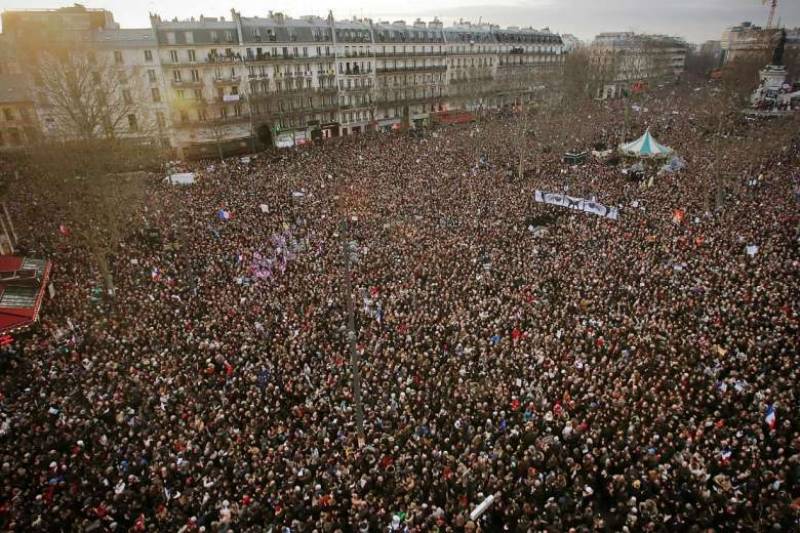 BERLIN: Thousands of members of Germany’s anti Islamic organization PEGIDA drew a rally in German city of Dresden.
8,000 people took part in the rally in Dresden and 3,500 took part in a counter-demonstration on the other side of the Elbe River that divides the city.

Smaller PEGIDA protest were also held in France, Britain, Poland, Czech Republic, Ireland, Denmark, Finland and Estonia.
The protestors chanted slogans of “Refugees Welcome” and “Islamist not welcome”.
PEGIDA was founded in Dresden two years ago and the group is strongly sided with Russia.

Russian flags were also flown in the rally along with banners “Peace with Russia” and “Stop war against Syria”.
Police charged tear gas to disperse participants who tried to be violent. European leaders especially German Chancellor Angela Merkel has been facing severe criticism from her country men regarding her open policy in favour of Refugees.