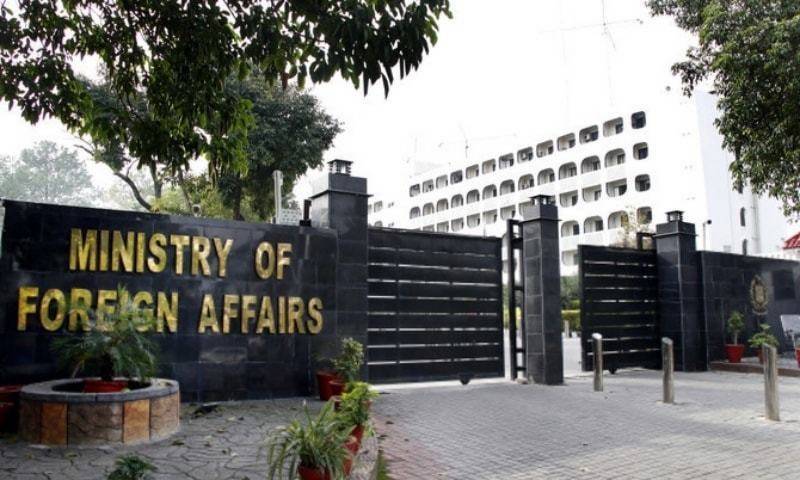 ISLAMABAD – Pakistan has strongly condemned the storming of courtyards of Al-Aqsa Mosque by Israeli settlers under the protection of Israeli occupying forces.

In a statement, Foreign Office spokesperson Asim Iftikhar Ahmad said this provocative action has blatantly violated the sanctity of Qibla-e-Awwal and hurt the sentiments of Muslims across the world.

He said such incidents are flagrant violation of international law, international norms and practices and any attempt to change the historical and legal status of Al-Aqsa Mosque must stop.

The Spokesperson called upon international community to take urgent action to put an end to the Israeli aggression and violations, which continue to fuel violence, tension and instability in the region.

He said for a lasting and just solution of the Palestinian issue, Pakistan renews its call for a viable, independent and contiguous Palestinian State, with pre-1967 borders, and Al-Quds Al-Sharif as its capital, in accordance with the relevant UN and OIC resolutions.

At least 30 people, including six children, were killed in ongoing airstrikes by Israeli forces on residential buildings in Gaza.