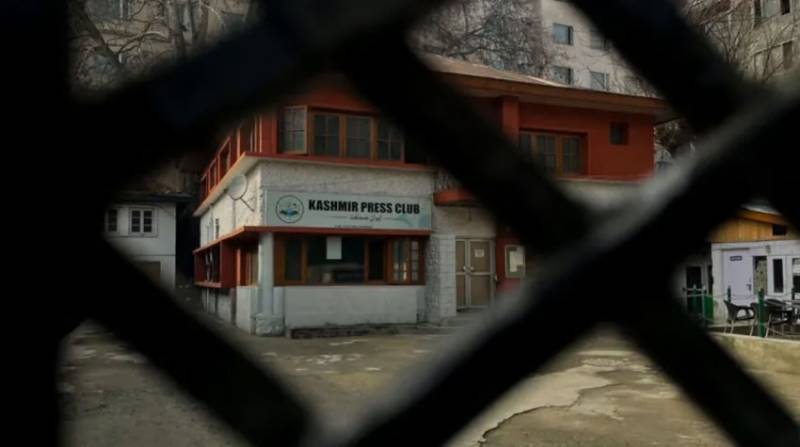 A report released by former Indian judges and bureaucrats while belying the Modi regime’s claims has said the situation for civilians in Indian illegally occupied Jammu and Kashmir has taken a new turn for the worse under the Lieutenant Governor’s rule.

According to Kashmir Media Service, the annual report titled "Three Years as a Union Territory" said the activists and journalists are targeted with sedition and anti-terror laws.

The report is in stark contrast to the Modi government’s stand on the situation in the Kashmir Valley.

The All Parties Hurriyat Conference in a statement issued in Srinagar strongly condemned the use of brute force and arrest of dozens of mourners during the 8th Muharram processions in Srinagar.

The APHC sought intervention by the international community to stop New Delhi from committing war crimes against humanity in Indian illegally occupied Jammu and Kashmir.

Kashmiri Americans along with friends of Kashmir staged a rally at historic Times Square, New York, despite heavy rain, to record its protest in connection with the third anniversary of the abrogation of Article 370 and subsequently enactment of Domicile Law by the RSS-led Indian government in IIOJK.

The speakers including Dr Ghulam Nabi Fai on the occasion deplored that Kashmiris have no freedom but only death, destruction and oppression.