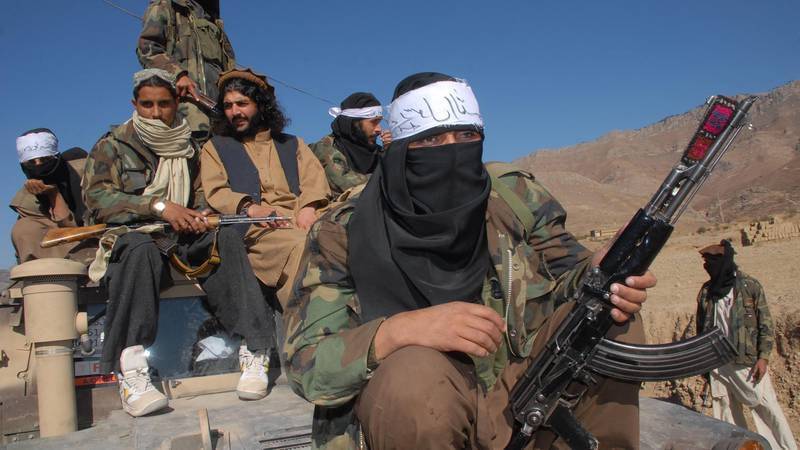 Three senior commanders of the Pakistani Taliban militant group have been killed in a blast in eastern Afghanistan, according to local news outlets.

Abdul Wali, also known as Omar Khalid Khorasani, was travelling with Hafiz Dawlat and Mufti Hassan in Afghanistan link Paktika province on the border with Pakistan link when their car was hit by a roadside bomb on Sunday evening, the *Gandhara *news website reported.

The three commanders were said to be living in Afghanistan's Kunar and Nangarhar provinces. They were travelling to Paktika’s Birmal district “for consultation”, sources told *Gandhara*, which is affiliated with the US-funded broadcaster Radio Free Europe/Radio Liberty.

There was no immediate comment from Afghanistan’s Taliban government or the Pakistani Taliban, formally known as Tahrik-e-Taliban Pakistan, or TTP.

Michael Kugelman, deputy director of the Asia Programme at the Wilson Research Centre think tank, said Khorasani's death had been reported several times in the past.

Khorasani was a major figure in the Pakistani Taliban and his death would be a “big blow” to the group, Mr Kugelman said on Twitter.

He described the commander as “brutal beyond words”.

Mr Kugelman said Khorasani once claimed to have sheltered Ayman Al Zawahiri, Al Qaeda leader's who was killed in a US drone strike link in Kabul last week.

According to *Gandhara*, Mufti Hassan was among nearly a dozen Pakistani Taliban commanders who pledged allegiance to ISIS leader Abu Bakr Al Baghdadi, who was killed in a US raid in Syria in 2019.

Hafiz Dawlat was considered to be an important TTP commander and a close confidant of Khorasani, *Gandhara *reported.

The news of their deaths comes amid a new ceasefire link between Pakistan’s military and the militant group as they discuss a peace agreement.

The group, which is based mainly in Pakistan’s north-western region bordering Afghanistan, increased attacks on the military link after the Afghan Taliban seized power in Kabul in August last year.