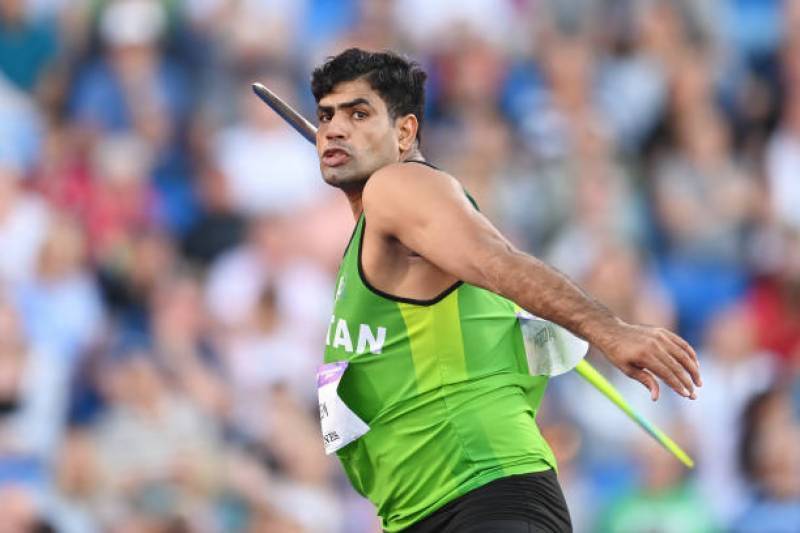 The 25-year-old achieved the feat with a career-best 90.18-meter throw in the javelin final, edging out Anderson Peters of Grenada who remained runner-up.

Setting a new national and Commonwealth Games record, Arshad managed to throw at 86.81 in the first attempt and ended up in fine fashion with a historic 90.15-meter throw. Interestingly, the Pakistani athlete outclassed India's Neeraj Chopra's Tokyo Olympic throw.

Earlier, the Pakistani athlete performed prominently in the Tokyo Olympics 2020 and the World Athletics Championship 2022, finishing fifth in both events.

As the young achiever made history, the government of Pakistan’s official Twitter account cheered for him. Congratulations Arshad Nadeem on making history in Javelin's throw and winning Gold Medal in the 2022 Commonwealth Games, the tweet reads.

Earlier, Pakistan’s got the first gold at the Commonwealth Games 2022 in the weightlifting, when Nooh Dastgir Butt made a new record by lifting 173 kilogrammes.