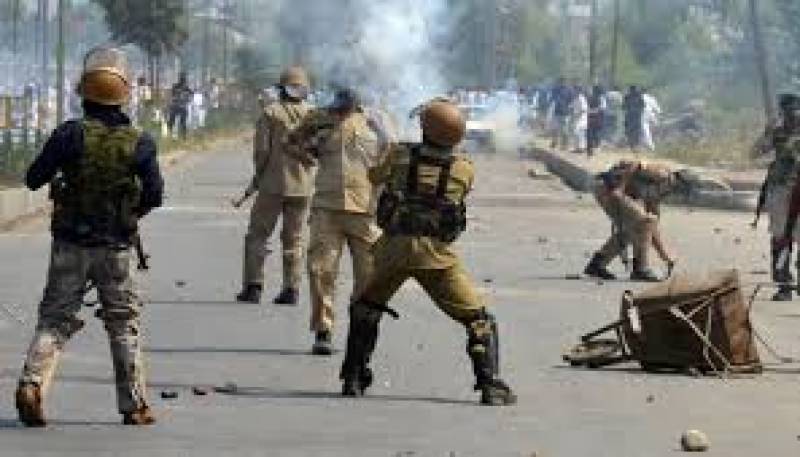 ISLAMABAD: India faces the worst international isolation on Kashmir in seven decades. The United States, China, the United Nations, and the Organisation of Islamic Cooperation (OIC) have put India in the spotlight and the international media refuses to implement government of India’s decisions on Kashmir, insisting on referring to the region as disputed territory, said a group of Kashmiri lobbyists, activists and lawyers during a briefing here at National Press Club on Wednesday.

Kashmiris warn India against creating Indian settlements in Kashmir, which could lead to frictions and violence, said the speakers at a special briefing for Pakistani and international media organised by International Kashmir Lobby Group YFK, a rights organisation active in Islamabad and Geneva.

“Kashmiri nation will resist through all legal means under international law any attempts to create foreign Indian settlements on the territories of the State of Jammu & Kashmir,” said Altaf Hussain Wani, a political activist and rights defender from Indian Held Kashmir (IHK). He added: “Kashmiri people are confident that Pakistan, peace-loving nations of the world, international media, and rights defenders will stand by the people of Kashmir.”

Barrister Shoaib Razzaq explained the options to challenge India on Kashmir at International Court of Justice and laid out options before Indian civil society to challenge the illegal actions by the government of India in the Supreme Court of India.

Ahmed Quraishi, Executive Director of YFK, gave a briefing on the growing international diplomacy on Kashmir. He said India’s mishandling of Kashmir has ensured the biggest internationalisation of Kashmir conflict since the UN passed its resolutions. “Let’s make it very clear: The government of India, and the Indian media, are internationally “isolated in their position on Kashmir. This level of Indian isolation on Kashmir is unprecedented in the seven decades of this conflict,” he said. Altaf Wani welcomed the positions of the governments of the United States and China on India’s illegal actions in Kashmir.