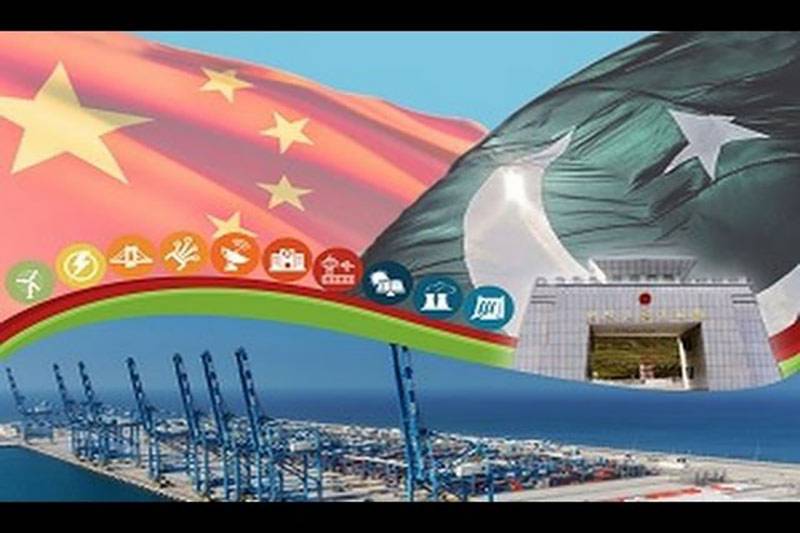 ISLAMABAD - China-Pakistan Economic Corridor (CPEC), a pilot project of “Belt and Road Initiative” (BRI) which is based on the vision of economic prosperity through connectivity, inclusivity and a win-win for Pakistan and beyond. Since CPEC’s inception, it has been confronted by “hyped” antagonism through the introduction and infusion of negative narratives by external forces threatened by the rise of Pakistan and China. Since investment in future projects is determined largely by our assessments of their potential, negative narratives pose a serious threat to the realization of the full potential of CPEC.

Even though the government has been making serious efforts to counter it, there is still a large amount of disinformation spread to create pessimism and doubt in the minds of the public. It is most unfortunate that some Pakistani opinion-makers have been deceived by propaganda and are hand in glove with Indian-driven designs of portraying CPEC as a fiction or a failure. Thus, it is direly needed to brush up efforts at all fronts to foil the malicious designs of enemies near and far to entirely avail the fruits of the CPEC. Although, it will not remain a daunting task to turn people’s negative perception into positive if certain facts and ground realities are constantly highlighted and inculcated in the minds of the masses to such an extent that the purpose of propaganda campaigns are defeated. It is thoroughly admitted that criticism always paves the way for improvement in overall goodwill of society, which can always be considered. Unfortunately, a few opponents who have not even a smattering of the basics of economics, have been ridiculing the total outlay of $63 billion of CPEC as a “debt-trap” — a carefully chosen term — coined by Indians which is repeatedly blared on their print, electronic and the social media to sabotage this colossal economic reality. It is no less than a pity when the spirit of nationalism is altogether sidelined by fanning cleverly crooked and cooked arguments to instill the hatred in the people of Pakistan for a bubble reputation.

Surprisingly, Indian worries regarding CPEC seem beyond understanding as to why they are so concerned and feel panicky when they believe and propagate, that it is going to doom Pakistan’s future. For this purpose, the Indians have already launched a massive media campaign on the international forum that the Chabahar seaport will eclipse the importance of Gwadar. More worrisome is that as revealed by the “Chairman Joint Chiefs of Staff Committee (CJCSC) General Zubair Mehmood Hayat in November last year that Indian RAW has established a special cell at a cost of $500 million to sabotage the CPEC.”

Furthermore, the remarks by a renowned Indian diplomat and a Congress politician, Mani Shankar Aiyar, An Indian Ambassador told him that: because of the CPEC Pakistan would sink into waters,” to which his response to him was, “…then what is the worry …”. Truly, this is the most befitting response by an Indian intellectual to an Indian propagandist. Coincidently, this can also serve as a message to our home-grown critics who have a propensity to blindly imitate Indian critics without evaluating its adverse implications on the Pakistani people who have attributed high hopes with CPEC. Adding fuel to the fire, the Indian journos amplify and draw far-fetched sketches against CPEC and eventually advocate the same around the world.

It must be established that CPEC is going to transform Pakistan from the small economy into a bigger economy (25th largest by 2025 only seven years later and 20th by 2030) and by no means, this hard reality could be termed as a fiction or a debt trap. Only a seasoned economist can evaluate the difference between a foreign loan and investment and its impact on Pakistan’s economy. Although, the fact of the matter is that out of $63 billion an estimated amount of $48 billion is in the form of investment in the commercial projects by the Chinese companies in Pakistan which has nothing to do with the latter’s external debt liability. It is only around $15 billion that will come as a loan.

We must not overlook that Gwadar Port and its allied infrastructure would also bring a “Sea change” in the Arabian Sea. CPEC is the China-led wind-fall change that would also strongly prevail on the ground from Gwadar to Kashgar and the surrounding regions and thus far the ground is being prepared to prove that it will alter the fate of this region in the near future.

Furthermore, recommendations for connecting Chabahar with Gwadar as a “Hub Port” are equally welcomed by both the Chinese and Pakistani governments. But the fact of the matter is that on completion the maximum capacity of Chabahar would be 10-12 million tons per annum as compared to Gwadar capacity of 300-400 million tons when it will attain full capacity in a few years. India has got 212 sea-ports that can hardly handle up to 500 million tons in a year.

The real concern behind the hostile campaign of India against Gwadar is that in near future it would outstrip many of India’s operational ports because of Gwadar’s much greater water depth where gigantic ships would be anchored and docked. Moreover, Gwadar port will be connected with a mammoth network of roads and other infrastructures to China, and onwards to Central Asian Republics, Africa, the Middle East and Europe. Therefore, any comparison on account of economic considerations between Gwadar and Chabahar seems unrealistic.

In a nutshell, this is the time for us Pakistanis to wake up to the reality and realign ourselves according to the vacillating global economic and financial structure. Therefore, CPEC and its affiliated economic boom call for more attention and dedication than ever before as that are the only to make Pakistan a developed and sustainable economy. The more the opposition and negative narration emanate from abroad the more substance it offers to the slogan of CPEC as a fate changer opportunity for Pakistan.