UNDP to collaborate with incoming govt in different fields
8 Aug, 2018 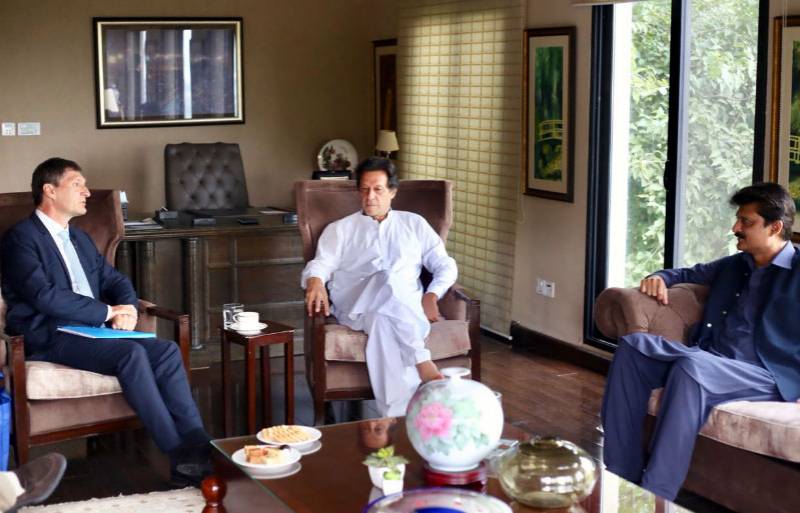 During the meeting, Neil Buhne said we had worked with PTI in Khyber Pakhtunkhwa and are willing to work in Centre.

He said we are ready to support new government to eradicate corruption, establish rule of law, introduce educational reforms and empower the youth.

He showed interest in rehabilitation process of internally displaced persons and to overcome challenges emerging after FATA-KP merger.

Imran Khan thanked UNDP's Resident Representative in Pakistan for his good wishes and said they will seek cooperation from UNDP after transfer of power.