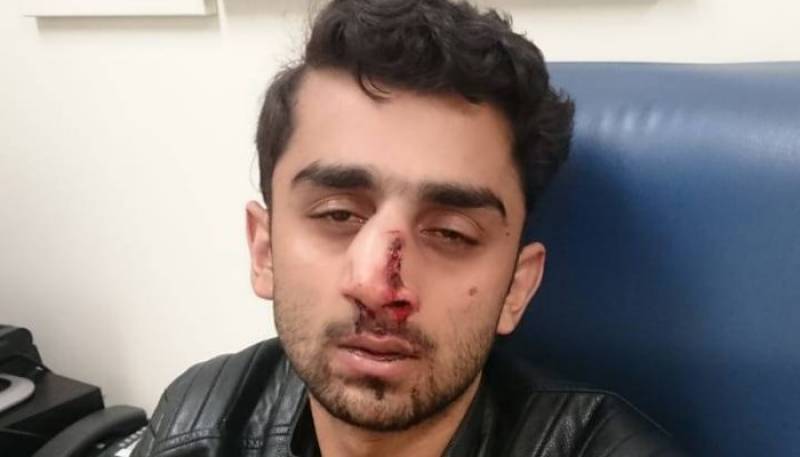 CANBERRA - A Pakistani student was brutally attacked in a case of hate crime and racism by a group of men and women in Newscastle, Australia.

Abdullah Qaiser, 21, had his nose smashed by a man wearing a knuckle duster after his car was stopped at the University of Newcastle’s Callaghan campus, according to the *Newcastle Herald link* .

The 21-year-old was driving to the library when he saw six or seven people standing on the road blocking his path near the university’s medical science building.

Before he knew it, according to the report, a woman had reached through the passenger door trying to grab his mobile phone and a man had pulled open the driver’s side door and was yelling: “Go back to your country, you don’t belong here”.

The man then punched Qaiser with a hand wrapped in a knuckle duster, leaving him with a broken nose that will likely require surgery to repair it in the coming days.