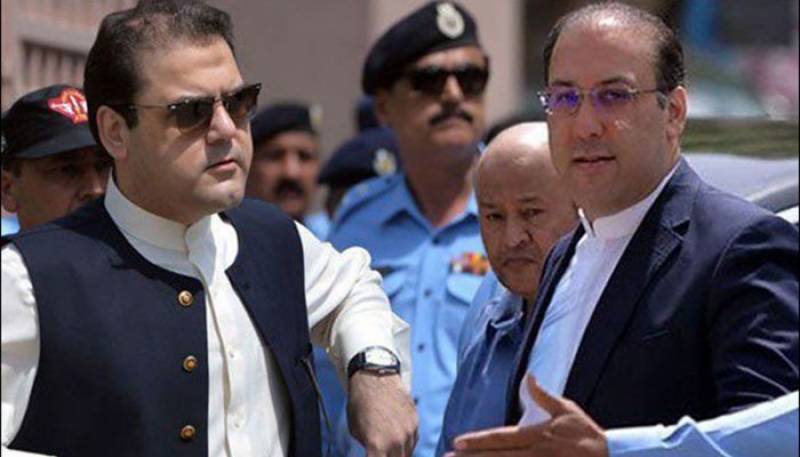 ISLAMABAD: The names of Nawaz Sharif’s sons, Hassan and Hussain Nawaz have been placed on the blacklist and they will not be able to travel on their Pakistani passports, sources informed on Wednesday.

The National Accountability Bureau (NAB) has requested for the names of Hassan and Hussain to be placed on the Exit Control List on which the caretaker cabinet has not passed a decision.

NAB sources informed that another request had been submitted to the Passport Directorate, following which Hasan and Hussain’s passports were blocked and their names placed on the blacklist.

Last week, citing sources reported that the Federal Investigation Agency (FIA) had contacted the headquarters of Interpol to request the issuance of red warrants for the arrest of Hassan and Hussain Nawaz.

An accountability court in Pakistan has issued warrants in the Avenfield Reference case and issued orders to immediately produce Nawaz Sharif’s sons before the court.

The two, who have been absconding in the case, were declared "proclaimed offenders", with the court ordering non-bailable perpetual arrest warrants against them.