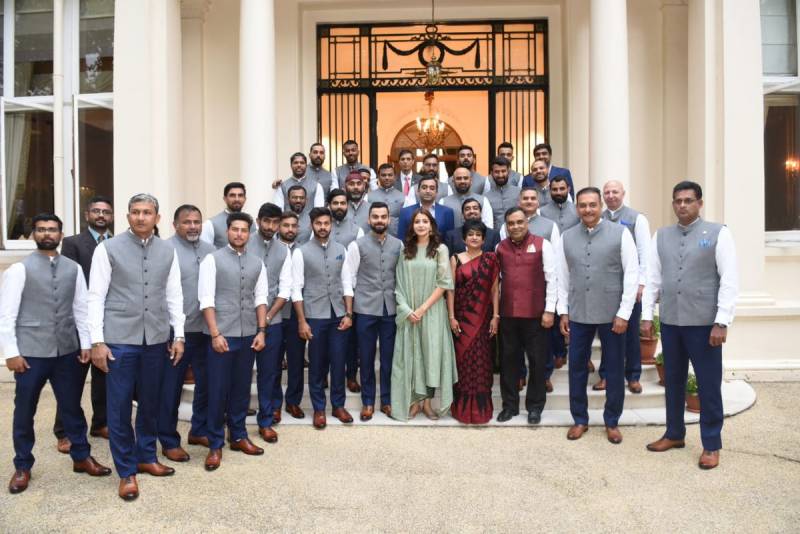 She had recently accompanied husband cricketer Virat Kohli on his official tour to London, but this has not sit well with Indian circket fans.

BCCI posted a picture on Twitter which had the entire Indian Cricket Team in the frame but the Twitter got stuck on Anushka, who was standing in the very first row next to captain Kohli. Whereas vice captain Ajinkya Rahane was seen in the last row.

None of the other players’ partners are present in the picture apart from Anushka.

Many Twitter users asked BCCI what Anushka was doing in the picture, which had only sportsperson and Indian High Commission in the frame. They also snarled at BCCI for allowing wives to accompany their husband on an official tour.