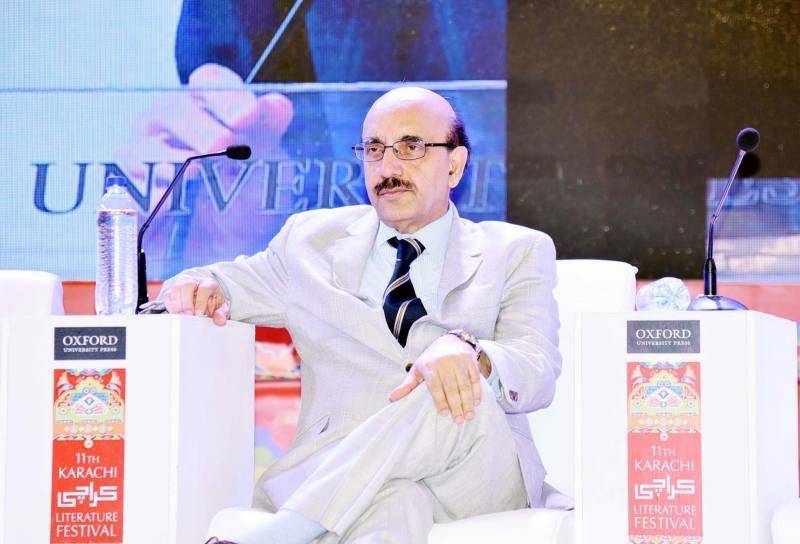 NEW YORK – Sardar Masood Khan, who recently assumed charge as Pakistan’s new ambassador to the US, held a meeting with the officials of US Armed Forces and State Department.

Masood Khan, who has also been served as the president of Azad Jammu and Kashmir, shared the development on his Twitter handle.

“Delighted to interact with a group of US Armed Forces and State Department officers from National War College @NWC_NDU,” he wrote.

Masood Khan replaced outgoing Asad Majeed Khan as ambassador to the US in end-March. The former ambassador completed his tenure in January 2022 but he stayed in Washington till March 24 on the arrival of ambassador-designate Masood Khan.

Asad Majeed Khan had sent a cable to the Pakistani government detailing his meeting with United States’ Assistant Secretary of State for South and Central Asia Donald Lu.

Since then, Prime Minister Imran Khan has been claiming that the cable carries threat of regime change in Pakistan from the US. He also alleged that a no-confidence motion submitted by the Opposition against him was part of a foreign conspiracy.

The matter was taken up the Supreme Court of Pakistan, which in its April 7 verdict declared the deputy speaker’s ruling unconstitutional and ordered to restore the assembly and hold no-confidence vote.