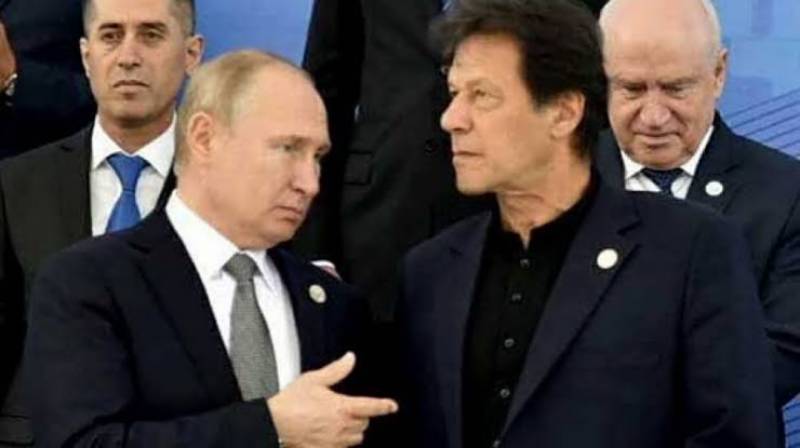 On the cricket field, Pakistan’s Imran Khan link was a galvanizing captain and leader—a talisman who knitted together a gaggle of mercurial talents and journeymen into a cohesive whole, which overcame extraordinary odds to famously beat England to lift the Cricket World Cup in 1992.

There were glimpses of these qualities when Khan rose to become Pakistan’s Prime Minister in 2018: Campaigning on an anti-graft ticket, he brought together aspirational workers, Islamic hardliners and the nation’s powerful military to derail the political juggernaut of his longtime nemesis, former Prime Minister Nawaz Sharif.

Yet since coming to power, the self-styled bold reformer has turned unnervingly divisive. Khan has been stubbornly unwilling to make compromises with opponents, while handing concessions to unsavory actors like far-right party Tehreek-e-Labbaik Pakistan, or TLP, despite it staging deadly protests link. After almost four years of U-turns, antagonizing rivals and alienating supporters, Khan, 69, today cuts a bitter figure, sulking at Joe Biden’s failure to call him link following his own election victory, and ranting—without evidence—about a U.S.-sponsored plot to oust him link .

Motivated seemingly by spite, and against the advice of his own Foreign Ministry and Armed Forces, he embraced Vladimir Putin just as the Russian President invaded sovereign neighbor Ukraine. “What a time I have come, so much excitement!” Khan told journalists link Feb. 23 on a red carpet during a visit to Moscow.

It’s quite a departure from the Khan who delivered a letter link to the U.N. office in Islamabad in 1999 to condemn “the complete apathy and indifference towards the plight of the innocent Chechens who are being systematically annihilated by the Russians,” as supporters for his Tehreek-e-Insaf (PTI) party chanted “death to Russia.”

As a man who calls Osama Bin Laden a “martyr link” while praising Beijing’s treatment of its Uyghur Muslim minority, Khan appears to be capable of very selective reasoning. But by embracing Putin, the cricketer-turned-politician, playboy-turned-conservative, defender of Islam-turned-apologist forMuslim genocide link, may have finally become ensnared in his own mind-bending contortions.

Soon after his Moscow visit, Khan was left fighting for his political life following a dozen defections from PTI*, *which sparked a no confidence vote that he only sidestepped by dissolving parliament and calling fresh elections. He justified the move by claiming that his challengers were a U.S.-orchestrated fifth column, plunging Pakistan into a constitutional crisis.

On Thursday, Pakistan’s Supreme Court ruled that Khan was unconstitutional by dissolving the parliament and set a fresh no confidence vote for April 9 that the Prime Minister looks certain to lose. If he does, lawmakers will be required to elect a caretaker Prime Minister from their number to lead the nuclear-armed country of 220 million. That leader would technically be allowed to hold power until elections due in August 2023, although the opposition has indicated it would likely seek a fresh mandate in coming months.

Ultimately, Khan’s relentless taunting of the U.S. torpedoed his relationship with Pakistan’s powerful military, which remains much more interested in retaining good relations with Washington. While Khan has refused to condemn Putin’s invasion, insisting, like China, on remaining “neutral” link and deflecting uncomfortable questions onto U.S. foreign policy, Army Chief General Qamar Javed Bajwa told an international security dialogue link April 2 that the “thousands of people … killed, millions made refugees and half of Ukraine destroyed … cannot be condoned.”

Given that no Pakistani Prime Minister has ever finished a five-year term, it may be unfair to characterize Khan’s stint in power as a failure. But successes are difficult to identify for the swashbuckling former cricketer, who lurched from international playboy and husband of Jemima Goldsmith—a British socialite and close friend of Princess Diana—into Islamic conservatism and a staunch defender of the Taliban in a little over a decade. The election will largely determine whether the world’s fifth-most populous nation tilts even further toward Russia and China or shifts back to aligning with the U.S. and Europe.

It’s certainly going to be more difficult for Khan to mount a comeback than four years ago, when he had the full backing of the military, which launched a slew of strong-armed tactics to overturn a 13-point lead held by Sharif’s incumbent PML-N party just weeks before the July ballot. The 2018 vote, which Khan hailed as the “cleanest election” in Pakistan’s history, had its result rejected by six other parties before the count had even finished, citing “serious irregularities,” such as the ejection of observers.

“It doesn’t matter whether you voted for Imran Khan or not,” says Mohammad Haris, a door-to-door salesman from Rawalpindi. “Even if you voted for someone else, your vote still got counted for him. Now we’re all suffering because of how expensive things are. Our businesses have been destroyed. Everyone is crying.”

Khan’s disastrous bungling of the economy defines him for ordinary Pakistanis today. A revolving door of Finance Ministers is indicative of the failure to put right many inherited problems, which have been compounded by mismanagement and global headwinds like the pandemic and soaring oil prices.

In 2018, Khan pledged not to follow previous administrations’ “begging bowl” tactics of foreign borrowing in order to end Pakistan’s cycle of debt. But less than a year later he struck a deal with the IMF to cut social and development spending while raising taxes in exchange for a $6 billion loan. The deal ultimately spurred inflation in the country, which today is the highest across South Asia. In January, Pakistan’s consumer price index, a measure of inflation, rose to 13% link, squeezing the middle class and causing living standards to deteriorate.

In November, Khan unveiled a $709 million package of food subsidies link to offset the financial burden of soaring prices of essentials such as flour, ghee and some pulses, trumpeting it as “Pakistan’s biggest ever welfare program.” But ever more families are being pushed to the brink.

“My business is still profitable—by the grace of Allah—but my customers have suffered a lot,” says Muhammad Azeem, owner of a perfume shop in Rawalpindi. “The truth is that the price of raw materials has increased so sharply that we’ve been forced to raise our prices to keep up our margins.”

Overseas, Khan had some success positioning himself as a developing world leader pushing for debt relief and countering Islamophobia, cementing Pakistan as a key actor for regional diplomacy on neighboring Afghanistan, while bolstering relations with some influential countries, such as Turkey and Russia. “He does deserve credit for getting Pakistan to engage more deeply with the world, particularly at a moment when India has been trying to isolate it,” says Kugelman.

However, Khan’s perceived closeness to Putin has proven a major misstep. Like his embrace of Beijing link, economic expediency appears to lie at the heart of relations. In Moscow, the two leaders discussed link, among other things, the $2.5 billion Pakistan Stream gas pipeline, which Moscow wants to build between Karachi and Kasur. Yet there were ways to maintain commercial links without engaging in damaging optics. Just ask Europe link .

To win an election without military backing would be a feat even more remarkable than Khan’s fabled 1992 cricketing triumph. Still, the attacks Khan has weathered over the last week have already roused the PTI rank and file, energizing supporters whom Khan has already ordered out onto the street in a show of force, heightening the always looming specter of political violence. “In Pakistan, the [anti-U.S.] narrative plays very well, particularly within key components of the electorate like young conservative, middle-class voters,” says Kugelman. “And I’m sure that he’ll bring it up a lot.”