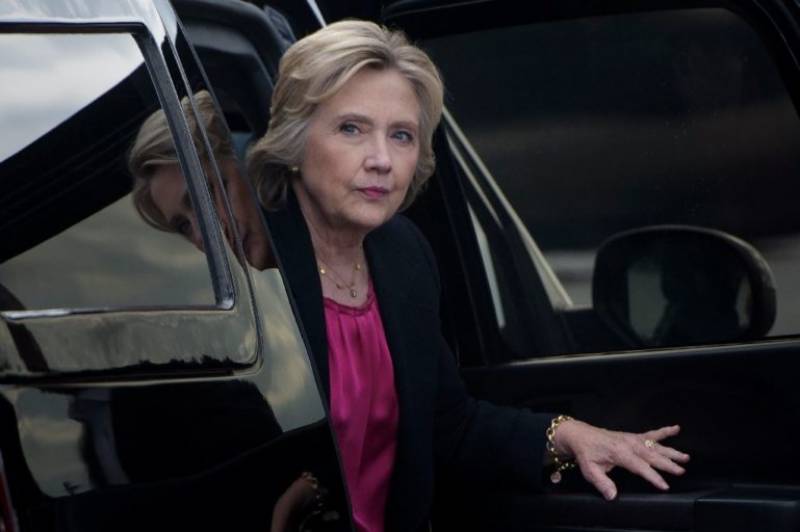 TAMPA: (APP) Hillary Clinton, sensing the urgency of a presidential campaign entering its home stretch, assailed Donald Trump on multiple fronts Tuesday, including hiding his taxes, as she looked to generate momentum after polls showed a dead heat.

Trump has edged ahead of Clinton in a new CNN/ORC poll, at 45 percent to 43 percent among likely voters, while an NBC News poll of registered voters shows Clinton's lead holding at six percentage points -- 48 percent to 42 percent.

Another survey, by The Washington Post, looking at all 50 states shows Clinton with a solid lead in terms of electoral college votes, and even strength in some traditional Republican strongholds.

Clinton said she pays no attention to such surveys.

"We're sticking with our strategy, we feel very good about where we are," she said.

But the polls show how close the race is looking ahead of the November 8 vote, making the battle for the so-called swing states all the more important.

Clinton rallied supporters at a voter registration event in swing state Florida, while the billionaire real estate mogul held a townhall meeting with military veterans before heading to North Carolina for an evening campaign rally.

The candidates have just 20 days before the first of three scheduled presidential debates -- expected to be the most watched moments of an already raucous campaign.