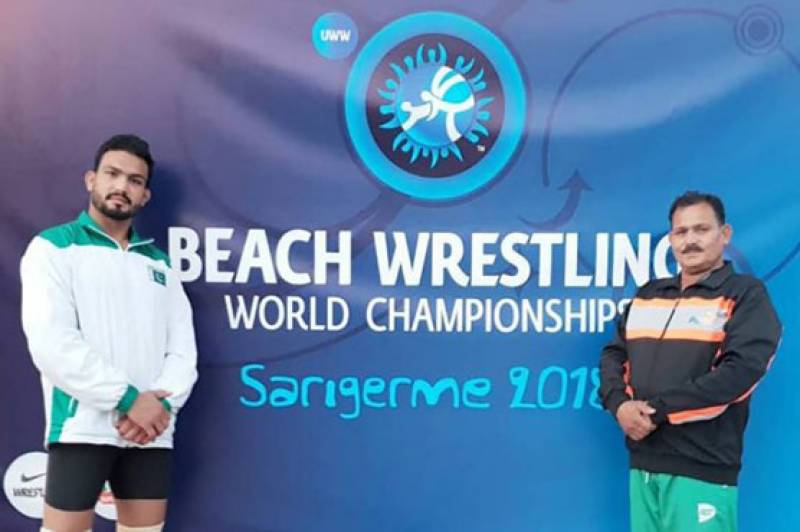 ISLAMABAD – Pakistani Wrestler Muhammad Inam has made history with his glorious victory in the Beach Wrestling Championship.

He has won the gold medal in the World Beach Wrestling Championship held in Turkey.

Butt confirmed his spot in the final by defeating Grigorios Kriaridis of Greece by 4-0.

The Pakistan wrestler had defeated wrestlers from Romania, Russsia, Norway, Turkey and Greece earlier to clinch place in the final.