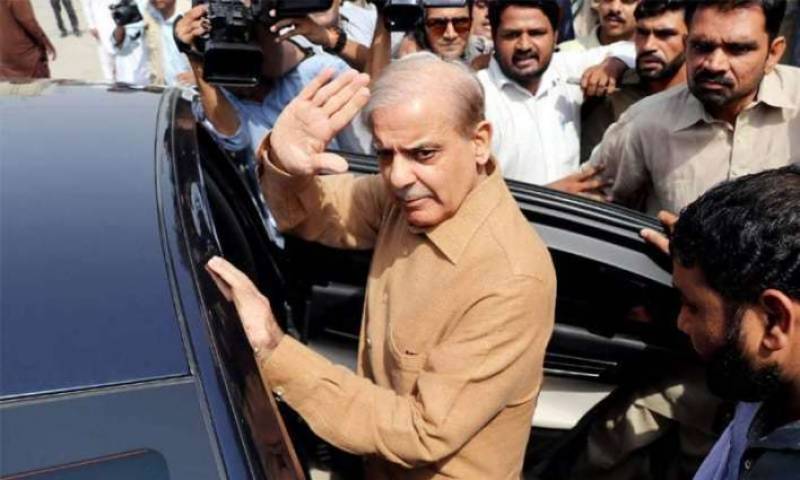 NAB prosecutor argued that Shehbaz Sharif misused his authority as chief minister Punjab. He submitted that the contract for the housing project was won by the construction company 'Chaudhry Latif and Sons', which was cancelled by the former Punjab chief minister and his aides, and awarded to a favourite one--Lahore Casa Developers.

He submitted that the step not only caused loss to the national exchequer but also delayed the project. He pleaded with the court to grant 15 days physical remand of Shehbaz Sharif.

However,Shehbaz's counsel Amjad Mir and Azam Nazir Tarar opposed the NAB request,saying that the Bureau did not fulfill legal requirements for the arrest.

On the occasion,Shehbaz Sharif denied allegations levelled against him. However,the court after hearing arguments of parties handed over Shehbaz Sharif to NAB on ten days remand.The court directed NAB officials to produce Shehbaz Sharif on expiry of the remand term on October 16.

A number of PML-N leaders and workers were present on the occasion.

It is pertinent to mention here that NAB arrested Shehbaz Sharif on Friday after he appeared before a combined investigation team in the Saaf Pani corruption case at the accountability watchdog's Lahore office.

Shehbaz was allegedly involved in corruption of Rs 14 billion Ashiana-e-Iqbal Housing Scheme and Rs 4 billion Punjab Saaf Pani Company scams. He had previously appeared before NAB on a couple of occasions in both the cases and recorded his statement.

NAB launched an investigation into the scam in November after receiving a number of complaints in this regard.