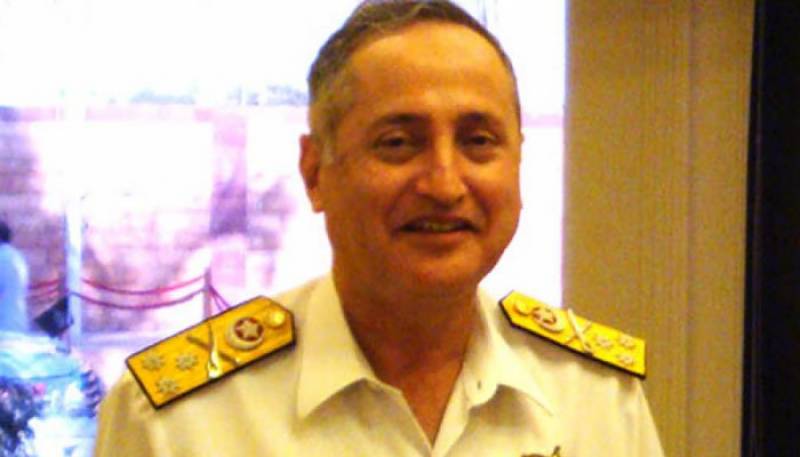 ISLAMABAD: Outgoing naval chief Admiral Zakaullah on Saturday handed over the command of the navy to Admiral Zafar Mehmood Abbasi.

He passed the baton of command to Admiral Abbasi at a ceremony held at Naval's headquarters in Islamabad. In his final speech as chief of naval staff, Admiral Zakaullah congratulated the incoming naval chief on assuming command.

Admiral Zakaullah said he is proud to have led courageous officers of Pakistan Navy.

"The regional challenges are complex and far from being over. We believe it is important to maintain the regional balance of power," he said. "We have full capabilities to defend our country."

He added that Pakistan has signed a free-gate contract with China.

"We have signed a modern serviceship contract with China which will be prepared at Karachi shipyard," he said.

The outgoing naval chief said that the China Pakistan Economic Corridor will bring peace and prosperity in the region and Pakistan Navy is playing its due role in providing security to the projects related to it.

He said that Pakistan Navy will get Sea King helicopters from UK this year, and a submarine contract has been formalised.