Only 4-5 TV Anchors are spoiling the image of country: Chairman PEMRA
7 Oct, 2016 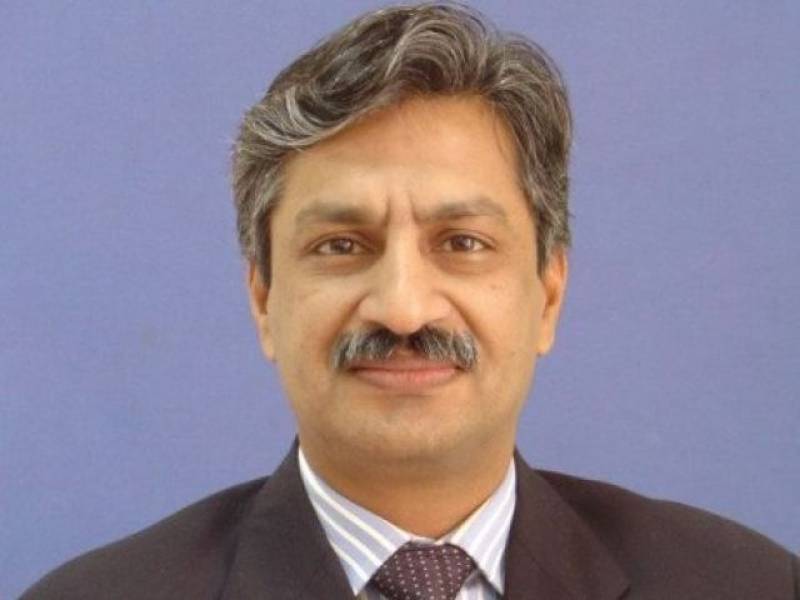 Giving concluding remarks in the Grand Meeting of Council of Complaints (CoC) of Pemra here on Thursday, he said the writ of Pemra would be established at all costs.

Only some anchors as well as TV channels have become 'Promoters of Hatred', he said adding that consensus had almost emerged in the civil society that four to five TV anchorpersons were damaging the image of the country.

Referring to a recent study, he said that some TV channels and anchors had badly confused country's youth as Pakistan was among the countries having highest population of youth aged 18 to 35.

Some media was not doing journalism. Some anchors have become political actors. Consequently, people have started switching over to entertainment channels.

Some anchors were daily predicting war between India and Pakistan he said adding in case of Indo-Pak war same anchors should be sent to battle field's front row.

He said such meetings should be held twice a year as Pemra needs persistent guidance and feedback.

Council of Complaints (CoC) has more important role to play.

Due to active role, people have started taking Pemra seriously.

He said he had already started his struggle to start rectifying anomalies in media from the top and rest would be corrected automatically.

Absar said there was a complete ban on re-enactment but Samaa TV had obtained stay order from court. Pemra has moved an application for early hearing.

Speaking on the occasion, Dr Mehdi Hassan Chairperson CoCs Lahore said present Pakistan was no more the country of Quaid-e-Azam Muhammad Ali Jinnah, rather it was the country of General (retd) Zia- ul-Haq.

The main issue of the country was increasing 'Religiosity.' There was a great dearth of gate keepers, proper training of journalists and other staff in media houses.

Channel owners should be bound to ensure training facilities to reporters, camerapersons and other staff. Media houses should deploy gate keepers to strict checking of the contents being aired, he added.

Channel 24 given final warning by PEMRA over Mubashir Lucqman programme

Professor Inam Bari, chairman CoCs, Karachi said crimes must not be glorified, adding Indian channels must be banned from the country.

Meanwhile, speaking on the occasion CoC members said, the tenure of CoC members of Pemra should be four years.

A letter should be written to TV Channels to dedicate airtime for airing programmes on Kashmir.

Anchorpersons should be registered in Pemra after proper training and meeting criteria.