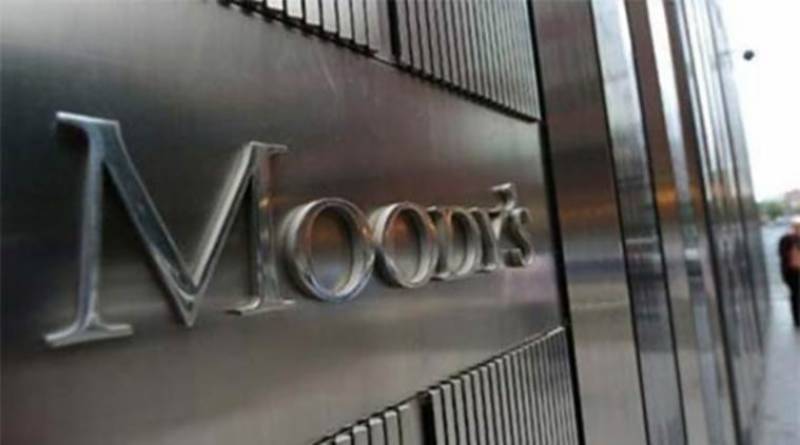 The stable outlook also reflects the rating agency's expectation that the country's banks will continue to benefit from a stable deposit base, high liquidity buffers and an accelerating economic growth under the IMF program, which will create lending opportunities over the next 12-18 months.

"We expect the strengthening economy and the central bank's monetary easing to provide banks with plenty of business opportunities and stimulate loan growth to around 12% over the next 12-18 months," says Elena Panayiotou, an Assistant Vice President at Moody's.

The rating agency expects GDP growth to expand by 4.9% in the fiscal year ending in June 2017, which would be the fastest pace since 2008, as the country completes for the first time an IMF program and implements infrastructure projects under the China-Pakistan Economic Corridor (CPEC).

CPEC Projects in all 4 provinces of Pakistan: Chinese Embassy Report

Although the strengthening of the domestic economy will contribute to the improvement in Pakistani banks' asset quality, Moody's expects the level of credit risk will remain high as banks are heavily exposed to the low-rated Pakistan sovereign (B3, stable) through holdings of securities and government-related loans, which are equivalent in size to 7.7x Tier 1 capital, exposing banks to event risk.

"We expect problem loans will decline to around 10% of total loans by the end of 2017 compared with 11.1% at the end of June 2016. Banks, however, will remain heavily exposed to the low-rated Pakistan sovereign, linking the banks' credit worthiness to that of the sovereign'' says Ms Panayiotou.

In terms of capital, the rating agency expects buffers will come under pressure due to weakening profitability and loan growth, reducing the banks' ability to absorb losses.

The pressure on profitability will stem from declining yields on government securities and lower interest rates, which are eroding net interest margins, while higher lending growth and lower provisioning requirements will only partially offset this pressure.

On the other hand, Moody's expects Pakistani banks to maintain ample liquidity and continue to benefit from large volumes of low-cost and stable customer deposits.

"We expect inflows of remittances from workers abroad will grow a lower pace but will remain substantial and continue to drive the growth in bank deposits and support banks' funding bases," says Ms Panayiotou.