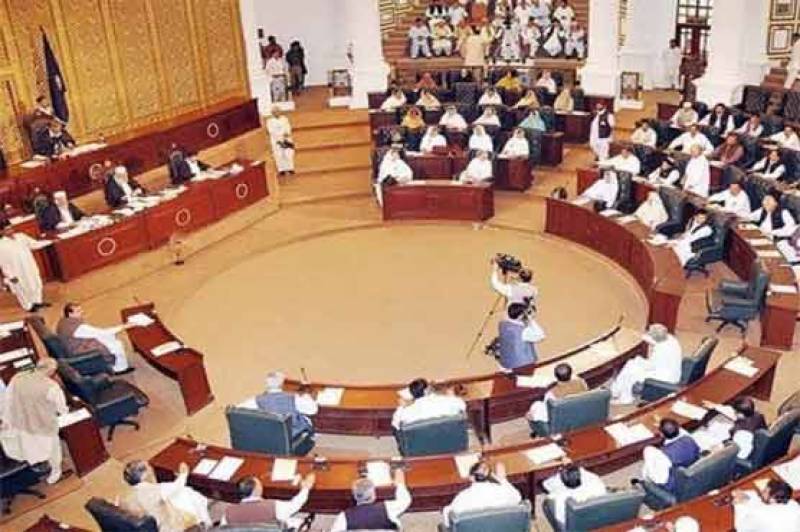 The joint resolution of the treasury and opposition benches was drafted in wake of three-day debate on the matter. The resolution moved by the Provincial Minister for Minister and QWP legislator, Anisa Zeb Tahirkheli was also carrying the signatures of senior minister Inayatullah Khan (JI), Senior Minister Shahram Khan Tarakai (PTI), Imtiaz Shahid Qureshi (PTI), Mahmood Khan Khan Bhatni (JUI-F), Syed Jaffar Shah (ANP) and Fakhar-e-Azam and Sahibzada Sanaullah Khan of PPP respectively and it was also supported by the PML-N.

The resolution said that CPEC is a magnificent project, which had also been termed as game changer, for which the provincial assembly is grateful to the government of the Peoples' Republic of China for initiating the project.

It said that during the period of last fifteen months all political parties of the province have made maximum efforts for the redressal of their apprehensions and acceptance of their demands and several meetings were also held in that regard, which besides All Parties Conference (APC) also included meetings with federal ministers and all parliamentary leaders of the province and discussions of the Chief Minister and Speaker KP Assembly along with all parliamentary leaders with federal ministers.

The resolution said that an All Parties Conference was also held in Islamabad with Prime Minister Mohammad Nawaz Sharif in the chair, which had discussed CPEC project in detail   and the Prime Minister assured in the presence of all senior political leadership of the country that western route of CPEC would be included in the project and it would be completed first.

The house further demanded the allocation of funds for decisions taken in the meeting between Federal Minister for Planning and parliamentary delegation of Khyber Pakhtunkhwa with immediate effect and make it formal part of the CPEC. Khyber Pakhtunkhwa will not be satisfied until taking these steps.

Similarly, the unanimous demands of the parliamentary leaders of the provincial assembly sent to Federal Minister for Planning by Chief Minister Khyber Pakhtunkhwa regarding western route should be fully accepted.

In connections with CPEC maximum funds are required for the upgradation of Indus Highway for which the allocated amount of Rs.5 billion is insufficient. Therefore, funds should be allocated in proportion to the requirement.

The resolution said that the house believes that federal government while accepting these demands will evolve a permanent procedure under which a joint committee headed by KP Chief Minister and comprising all the parliamentary leaders will constantly be in touch with Prime Minister and Federal Minister for Planning will consecutively guarantee decisions regarding CPEC and their complete implementation, and will also be carrying regular monitoring of the project.

The Speaker, Asad Qaiser put the issue to vote and the whole house including the legislators of PML-N supported the resolution.