Vladimir Putin takes oath for fourth term becoming one of the longest ever serving Russian leader
7 May, 2018 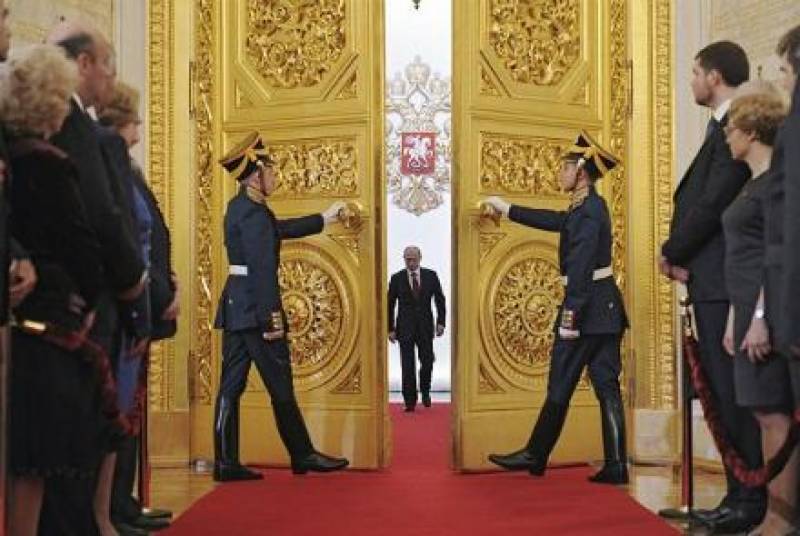 MOSCOW - *Vladimir Putin was sworn in for another six years as Russian president on Monday, buoyed by popular support.*

This is Putin’s fourth term as head of state. His first two terms each lasted four years. The head of state’s tenure was extended to six years after the Russian constitution had been amended, according to Russian news agency TASS.

Putin’s first six-year term began in 2012, while the second term of office will end on May 7, 2024. According to Article 81 of Russia’s constitution, an individual cannot serve as president for more than two consecutive terms.

Standing in the ornately-decorated Andreyevsky Hall of the Grand Kremlin Palace, with his hand on a gold-embossed copy of the constitution, Putin swore to serve the Russian people, to safeguard rights and freedoms, and protect Russian sovereignty, according to Reuters report.

In a speech after the swearing-in ceremony, to Russian officials and foreign dignitaries, including former German chancellor Gerhard Schroeder, Putin said, "Taking up this post, I feel a colossal sense of responsibility.

“The object of my life and my work will be to serve the people and the fatherland,” he said.

His most dangerous opponent, Alexei Navalny, was barred from running and on Saturday Navalny and hundreds of his supporters were detained by police while protesting over Putin’s new term under the slogan: “Putin is not our tsar.”

Putin has been in power in Russia since 1999, either as prime minister or president.

He first became prime minster in 1999 before becoming president four months later when Boris Yeltsin named him as his favored successor.