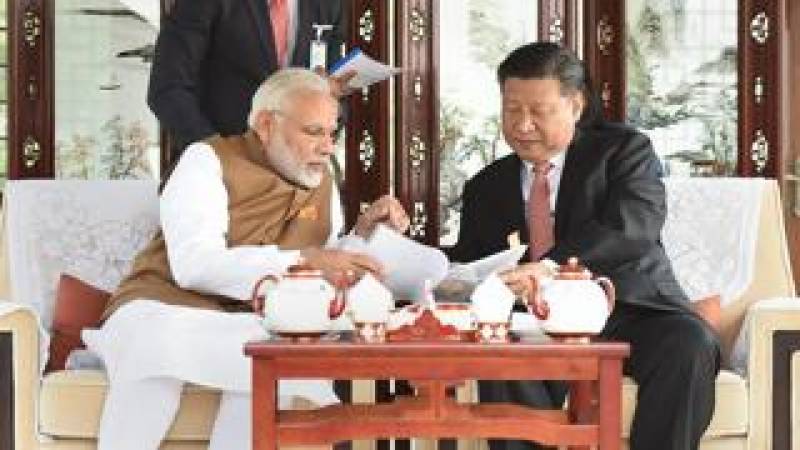 NEW DELHI - Charles-Maurice de Talleyrand, Napoleon’s famous foreign minister, prescribed a basic rule for pragmatic foreign policy: “by no means show too much zeal”. In India’s case, oozing zealousness, gushy expectations and self-deluding hype have blighted foreign policy under successive leaders, except for a period under Indira Gandhi. Zeal has been to India’s male prime ministers what grand strategy is to great powers.

India has rushed to believe what it wanted to believe. Consequently, India is the only known country to have repeatedly cried betrayal, not by friends, but by adversaries in whom it reposed trust. India’s foreign policy since Independence can actually be summed up in three words: hug, then repent.

Consider Prime Minister Narendra Modi’s abrupt U-turn in China policy. Stemming the deterioration in relations with Beijing makes eminent sense so as to create more strategic space for India. With escalating US sanctions forcing Russia to pivot to China even as Washington still treats Beijing with kid gloves, India can rely on an unpredictable and transactional Donald Trump administration only at its own peril. During the Doklam standoff, for example, Washington stayed neutral.

To leverage any policy change, the shift must be subtle, nuanced and measured, with the country displaying not zeal but a readiness to move forward reciprocally. Modi’s first attempt to “reset” ties with China in 2014 boomeranged spectacularly. Still, his latest reset effort began as a jarring volte-face, or what a Global Times commentary hailed as “India’s prudence in addressing Beijing’s concerns over the Dalai Lama”. The cabinet secretary’s intentionally leaked advisory to peers in February was a propitiatory message to China that India has changed its policy to shun official relations with the Dalai Lama and other exiled Tibetan leaders.

It was Modi who sought an “informal” summit with Chinese President Xi Jinping, conveying his readiness to travel to China for such a meeting. In this century, Chinese presidents or premiers have visited India a total of seven times, including twice for BRICS summits. But Modi, in office for barely four years, will be making his fifth visit to China next month for the Shanghai Cooperation Organization summit.

To be sure, Modi’s predecessor, Manmohan Singh, displayed no less zeal toward China. With the era of Hindi-Chini bhai bhai now back, Congress president Rahul Gandhi plans to shortly visit the sacred mountain-and-lake duo of Kailash-Mansarover, access to which China punitively cut off for Indians last year. Beijing has now agreed to reopen such access and also resume transfer of hydrological data, but only after it demonstrated its “right” to act punitively, whenever it wants, even by breaching binding bilateral accords, as on sharing Brahmaputra and Sutlej flow data.

For China, the return of the Hindi-Chini bhai bhai era creates a win-win situation. It means India will mute its criticisms and not challenge China. Nor will India leverage trade or threaten Trump-style punitive tariffs to level the playing field. China thus will have its cake and eat it too — it will savour a fast-growing trade surplus (which has already doubled under Modi) while it mounts strategic pressure on multiple Indian flanks.

So, Xi seized on Modi’s overtures by inviting him to his Wuhan parlour — “the prettiest little parlour that ever you did spy”, to quote a line from the poem The Spider and the Fly. Xi’s generous hospitality extended to glowing State-media coverage. But what did Modi return with? Tellingly, China’s press release supports neither of India’s two key claims — that Xi and Modi “issued strategic guidance” to their respective militaries to prevent further border friction and that the two agreed to “balanced and sustainable” trade.

Winston Churchill famously said, “An appeaser is one who feeds a crocodile hoping it will eat him last”. Modi’s Reset 2.0 seeks to feed the giant crocodile across the Himalayas in the hope of buying peace for India. Modi’s faith in the power of his personal diplomacy is redolent of Jawaharlal Nehru’s similar approach to foreign policy. But as happened under Nehru, Modi’s fond hope conflicts with China’s grand strategy. Xi is determined to make China great again by fair means or foul, including keeping a potential peer competitor like India in check.

If Modi’s Wuhan trip is not to bring trouble like his Lahore visit, which engendered deadly, Pakistan-scripted terrorist attacks on army bases, India will have to be on its guard. China has already outflanked India by stealthily occupying much of Doklam. As the philosopher George Santayana warned, “Those who cannot remember the past are condemned to repeat it”. - Hindustan Times

*By: Brahma Chellaney, he is a geostrategist and author*