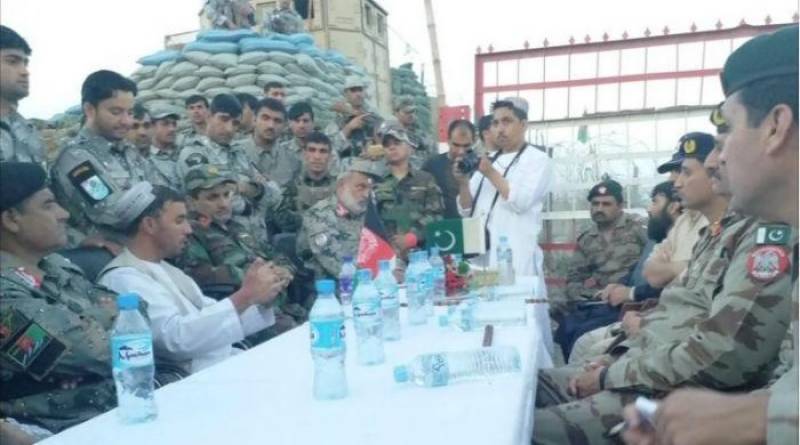 A flag meeting between Afghan, Pakistan military authorities is currently under way at Bab-e-Dosti border of the two neighbouring countries.

The meeting is also being attended by Pakistan and Afghanistan’s geological survey teams.

During the meeting, the geological experts decided that survey of Killi Luqman and Killi Jahangir will be conducted. They mutually agreed upon using Google and geological maps to conduct the survey.

The meeting will continue for additional hour-and-a-half and participants are currently discussing border issues. The participants hope to come to a conclusion after the demarcation of area is completed.