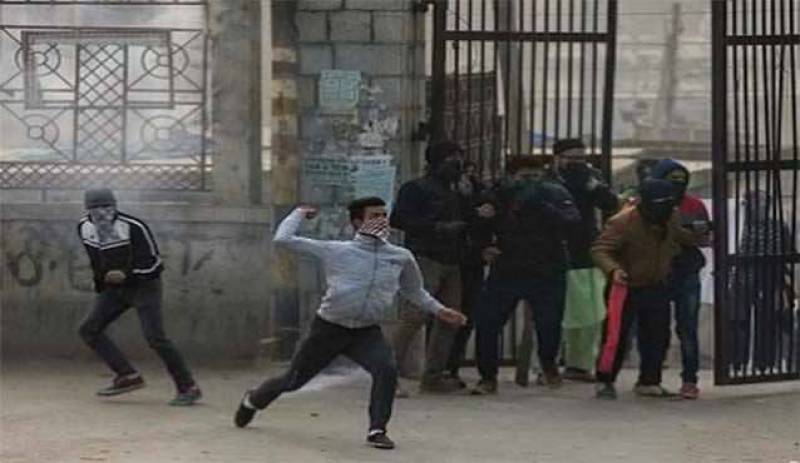 SRINAGAR: Kashmiri students from different colleges and schools took out rallies in different cities of the Indian Occupied Kashmir.

Kashmiri students took out rallies for freedom on Saturday but were vandalised by the occupying forces in Palwana and Hindvara areas.

The rallies were taken out in Srinagar, Palwama and Hindvara but the brutality of the occupying forces left dozens of them injured.

The students hoisted Pakistan’s flags on one of the buildings.

Several of the students were shifted to the hospital as they got injured in teargas shelling.

Clashes were observed between the students and police in Hindvara as well. The unarmed students fought the police bravely.

Dozens of students got injured in the clashes. According to Kashmir Monitor, students hoisted Pakistani flag on the administrative block of the college.