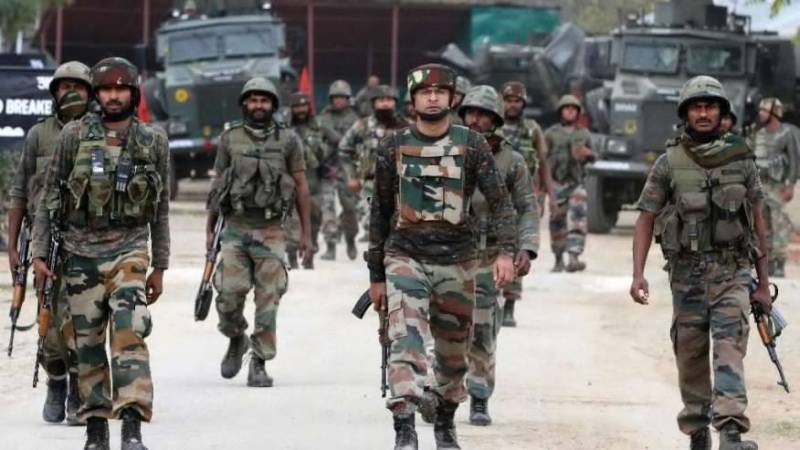 SRINAGAR: Armed militants have attacked Indian Paramilitary forces in Occupied Kashmir.
Two civilians and a policeman were killed in a militant attack in Kulgam district of south Kashmir on Saturday, while one terrorist was killed in retaliatory action, police said as quoted by Times of India.

One of the militant was killed, while another was injured in retaliatory firing by police, Director General of Police S P Vaid told PTI.