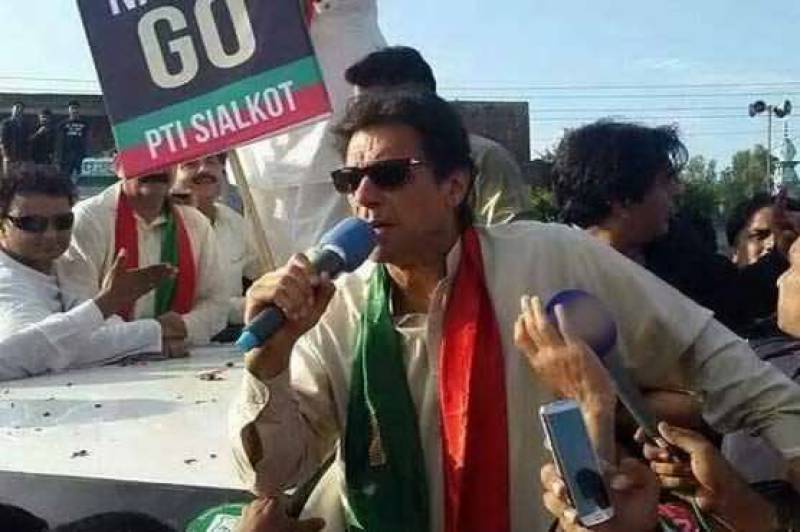 Pakistan Tehreek-e-Insaf`s Chairman Imran Khan said on Sunday that Pakistan will lose its freedom if it keeps on taking loans from other countries.

The PTI chairman was  addressing a rally in Sialkot. “If Nawaz takes steps against corruption then he would get caught himself,” jibed Imran.

Imran said that he was happy to see the gathering , saying that he is grateful to the people especially women who came to the gathering.

“In one direction there is road to greatness, at the other is destruction,” the PTI chairman said.

He said that the loans are taken by a few and the brunt of it is faced by the nation.

If taxes are raised then inflation will rise too, he said, adding that those nations prosper who strengthen its institutions.

Earlier, the rally was marred by chaos after the arrival of the senior leadership of the party at the venue.

A large crowd of people attempted to reach the stage at Jinnah Stadium by putting barbed wires out of the way while another large group of men tore down the walk-through gate.

The party workers also blocked the entry route of leaders at the ground.