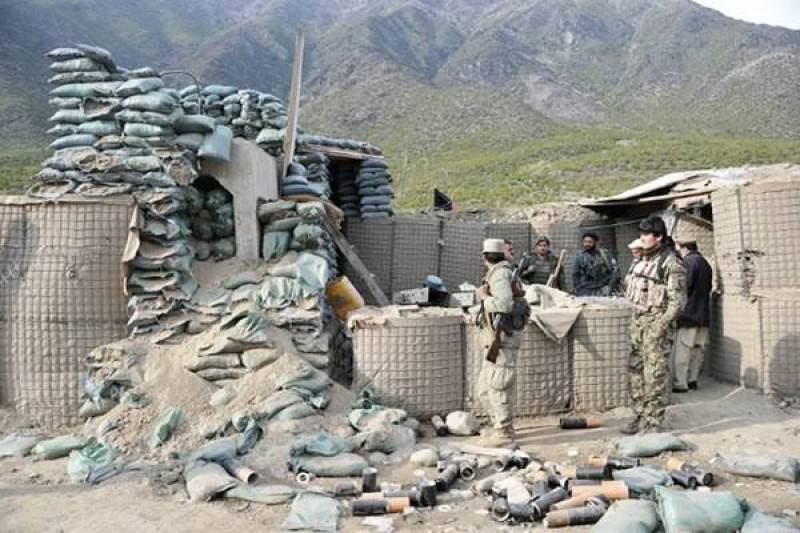 QUETTA: Pakistan Army has responded to the unprovoked firing by the Afghanistan Army at the Chaman border.

"We are not pleased to announce this but the Afghan commanders are responsible for this," he said while briefing the media on the Chaman border firing issue. "We had informed them about our census activity."

He added they carried out census in the areas that are situated within the Pakistani border.

While talking about the Afghan forces' attack, the IG said the census was carried out in Killi Luqman and Killi Jahangir for four days until April 29 when they started to hinder the process. "But we restrained so that peace is not disrupted."

The next day a meeting between border forces was held where the Afghan authorities told their Pakistani counterparts to resume the census process after three to four days.

"We informed them, but our positive attitude was misused," he said. "The Afghan forces entered villages on Pakistan's side and used locals as human shields so that they could make a position for attacks."

However, on May 4 the Frontier Corps personnel started the operation and by May 5, got hold of their areas back.  "We could have done this earlier, but we knew civilians reside in the villages on the border."

When the Afghan forces found out they were losing their position, they started firing, killing over 10, including one pregnant woman and injuring more than 40, the IG added.