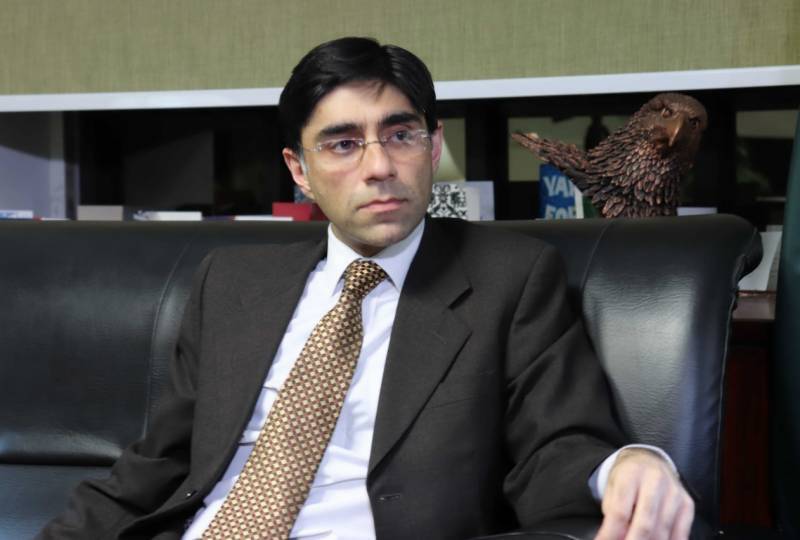 A report in *The News* said the British government on Friday unilaterally called off the visit of Moeed Yusuf without citing any effective reason.

Yusuf’s visit was reportedly shelved as the South Asian country opposed Western pressure to condemn the Kremlin for its invasion of Ukraine, instead calling for dialogue and diplomacy to end the crisis.

The development comes days after European Union (EU) ambassadors in Islamabad issued a rejoinder to the policy through a joint press statement while the nuclear-armed country expressed its dismay over the statement terming it undiplomatic and unacceptable.

The Foreign Office spokesman addressed the dilemma saying the country had taken note of a joint statement issued by a group of EU envoys posted in Islamabad. Pakistan expressed concern over the statement as it is not the way diplomacy should be practiced, he added.

Addressing a public rally, the premier said European Union envoys urged Islamabad to support a resolution condemning the Russian invasion of Ukraine after the country abstained from an earlier vote on the crisis. "I ask EU ambassadors did you write that letter to India as well?” Khan quipped.

The premier asked the western countries if they had written the same letter to India, or even criticized it, when it unilaterally ended the special status of occupied Jammu and Kashmir (IIOJ&K) in August 2019 in clear violation of the UN Security Council resolutions -- let alone ending diplomatic relations and trade with that country.

He asked if the western bloc thanked Pakistan for standing with it during the Afghan war. Instead, they blamed us for their failure in Afghanistan.