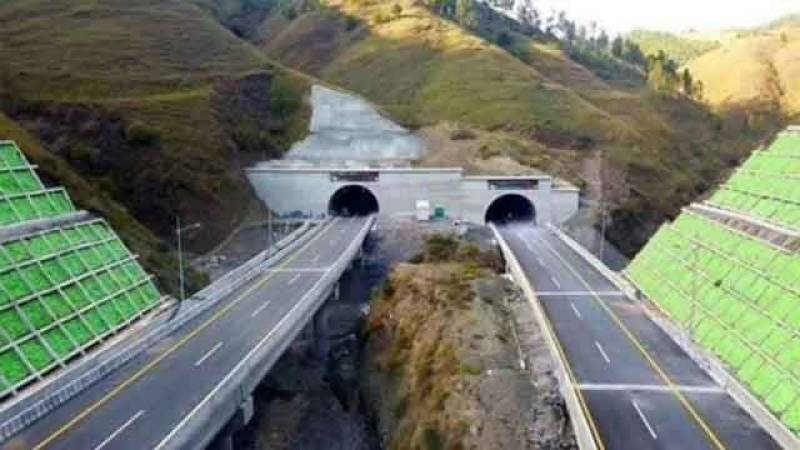 79 KM Mansehra–Thakot section of 118 km long Thakot-Havelian Motorway is one of the early harvest projects of China Pakistan Economic Corridor (CPEC) has been completed over 98% physical work, according to National Highway Authority (NHA).

About 40 kilometer section from Shah Maqsood inter-change to Mansehra had been inaugurated by Prime Minister Imran Khan in November last year, he added.

He said work on Havelian-Thakot Motorway project started in September 2016 and it would cost Rs133 billion.

Ninty percent of the project had been funded by China Exim Bank while the 10 percent was being funded by Government of Pakistan, he said.

The motorway starts from Havelian, passes through Abbottabad, Mansehra and Shinkiari, and ends at Thakot.

The motorway has five tunnels, two at Abbottabad and one each at Battal, Karmong and Mansehra. Upto Mansehra, its 39 km portion has six-lane controlled access portion while the remaining 79 km would be four-lane highway.