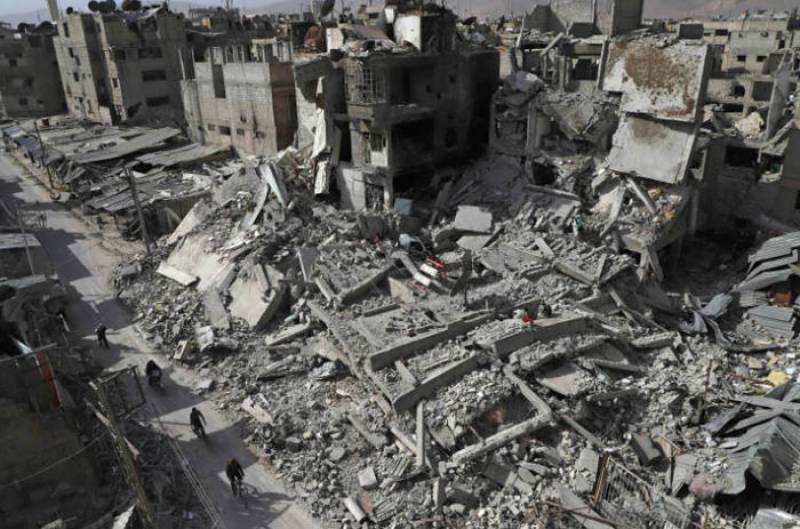 With the latest deaths, 95 Civilians have been killed in regime Bombardment of the battered enclave since Monday.