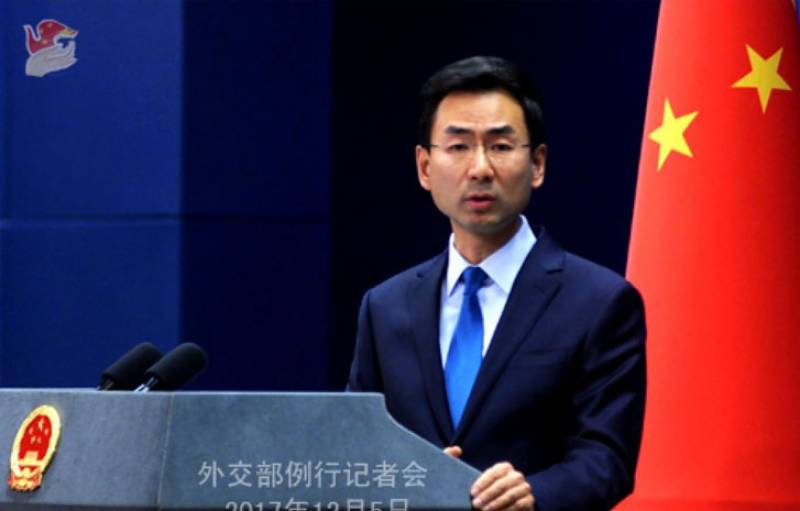 BEIJING:China hopes that other countries will do more good for Africa's development and treat China-Africa cooperation in a fair and objective manner, a Chinese Foreign Ministry spokesperson said Tuesday.

Geng Shuang was responding to U.S. accusation that low interest loans from China and other countries have driven some sub-Saharan African countries deeper into debt.

"Such remarks are totally out of line with the truth," Geng told a routine press briefing."The debt of some African countries is the result of long-term accumulation instead of a recent appearance. China is not the main creditor of African countries," he said.

In the initial stage of industrialization, any country needs financing support. It is hard for Africa to realize industrialization and modernization without financial guarantees, the spokesperson said.

The Chinese government has also encouraged and supported its companies to increase direct investment in Africa and explore new cooperative modes of investment such as public-private partnership (PPP), he said.

"I emphasize that the Chinese side attaches great importance to the sustainability of Africa's debt," Geng said.

He said China insists that large-scale infrastructure and industrial development in Africa go hand in hand, and that attention be paid to both the economic and social benefits of projects and increasing African countries' ability for independent and sustainable development.

"We have done our best to avoid increasing Africa's debt burden," he said, adding China is ready to work together with the international community to support Africa in its pursuit of peace, stability and development. APP/AFP