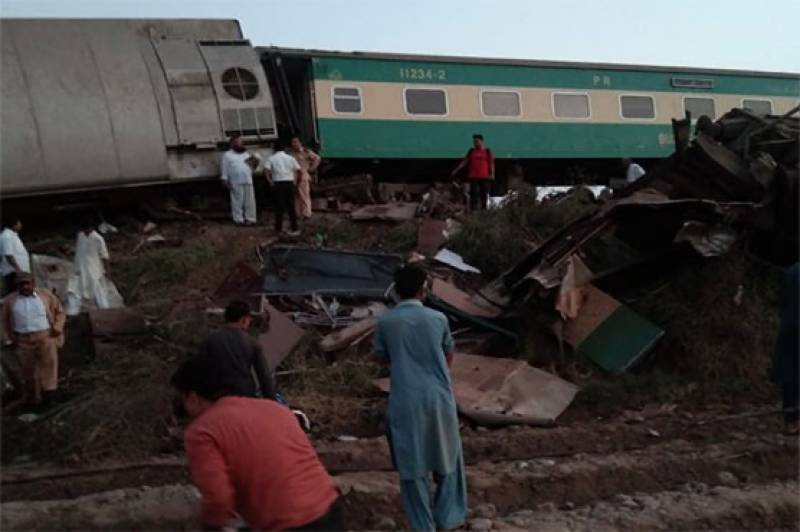 GHOTKI: At least 36 people lost their lives while scores sustained injuries as the Sir Syed Express train collided with a Millat Express between Reti and Daharki railway stations in Ghotki.

The accident occurred when Sargodha-bound Sir Syed Express collided with a Millat Express that was already present at the track after the derailment, railways’ officials said Monday.

Almost 14 boogies of both the trains were damaged out of which four were completely destroyed.

Deputy Commissioner Ghotki Usman Abdullah while speaking with media correspondents confirmed the fatalities numbers. He also added that the death toll is fear to rise as several passengers are still trapped inside the boogies of ill-fated trains.

Meanwhile, the police and rescue teams rushed to the spot for the rescue and relief operation while the up and down railway traffic has been suspended following the incident.

Meanwhile, Army and Rangers continue relief activities at the crash site, the military media wing said in a statement.

The statement from ISPR further added that ‘Engineer resources have been moved to carry out necessary relief and rescue work. Army special Engineer Team Urban Search and Rescue being heli-lifted from Rawalpindi to the incident site to speed up relief and rescue efforts’.

Two helicopters are being flown from South Punjab to evacuate casualties and carry out speedy relief measures. Relief goods will also be transported and dispatched shortly.