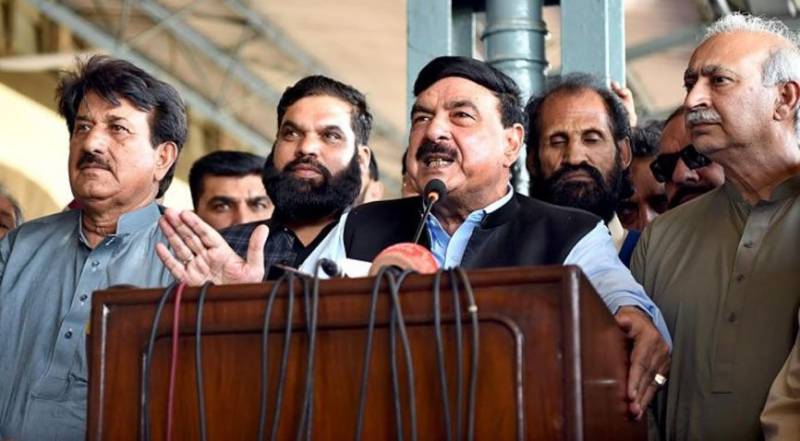 Railways Minister Sheikh Rasheed Ahmad says one year performance report of Pakistan Railways will be presented to the public.

Talking to media in Rawalpindi on Thursday, he said fifty percent reduction has been made in railways fare for Eid passengers in order to facilitate people.

The Minister said railways tracks in the country are old and after signing of ML1 project, a new track will be laid from Peshawar to Karachi which will help move the railways traffic faster and in a smoother way.

He said he is determined to start the project of Nullah Lai Expressway to provide an alternate traffic route to the citizens of Rawalpindi.

On a question, he said the 43 km patch assigned to Pakistan Railways for Circular Railway will be completed.

Sheikh Rashid Ahmad said a system is being evolved to increase the revenue of Pakistan Railways from their own resources.

He said the whole nation is standing by Pakistan Army and any aggression by India will be given befitting response.

The Minister announced his retirement after the completion of Karachi-Peshawar Main Line Track-1 and Leh Expressway.