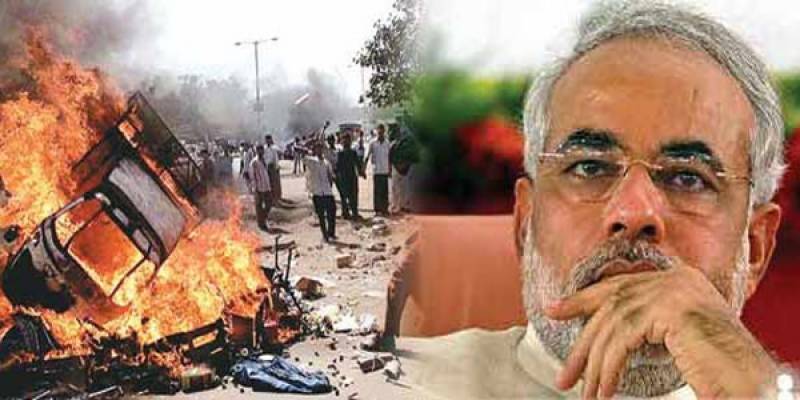 AHMEDABAD: Indian prosecutors asked for death penalty for 24 Hindus accused of Gujarat massacre in 2002 that left more than 1,000 people dead.

The 24 were found guilty of burning a residential complex in which 69 Muslims including women and children were sheltered during riots.

“The crime is rarest of the rare as the victims were hacked to death and then burnt by the accused,” Public prosecutor R.C Kodekar told the court.

“The victims were killed only because they belonged to the minority community,” he added.

Kodekar asked for tough punishment for the criminals.

“The accused had targeted innocent people, so they must get the maximum punishment prescribed in law,” kodekar said.

Earlier, the court convicted 11 people of murder and 13 for minor offences while 36 were acquitted for lack of evidence.

Hindu-Muslim riots started after the death of 59 Hindu pilgrims in a train fire in 2002 in Gujarat when Modi was the CM of the state.