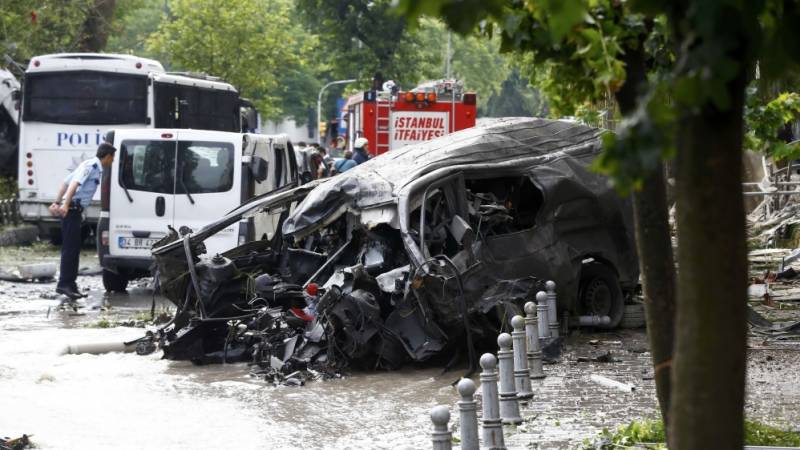 ISTANBUL: A car blast in Istanbul killed 11 people and injured 36 on a road when a police bus was passing from there.

“A car-bomb attack was made against vehicles carrying our rapid-response police and passing by on the road, resulting in seven police and four civilians losing their lives while 36 wounded were in critical situation,” Sahin said.

There was no immediate responsibility from any organization.

Istanbul and Ankara were targeted in several attacks which were claimed by ISIS and Kurdistan Freedom Falcons (TAK).