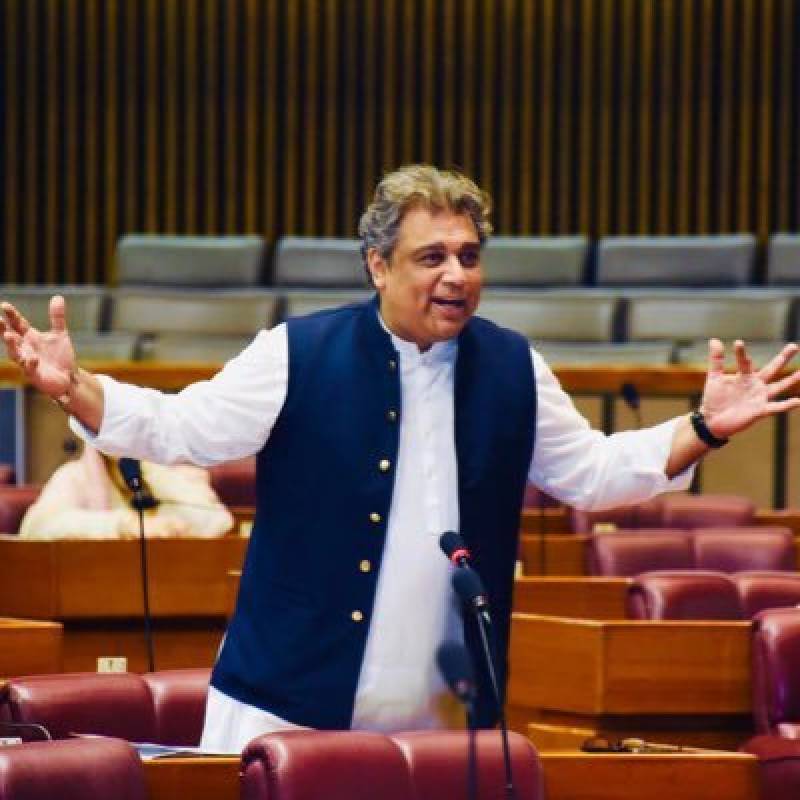 Addressing a joint press conference with Federal Minister for Information and Broadcasting Shibli Faraz, he said that everyone had seen how Karachi had been systematically destroyed by the PPP.

"Sindh Assembly’s contribution to Pakistan has been phenomenal. But PPP destroyed the  biggest city of the province with unimaginable bloodshed", he added.

He said that PPP’s propagated version of JIT report was unsigned. JIT report with signatures of ISI, IB and other officials directly implicated PPP’s leaders for abetting and using Uzair Baloch, he said adding "Uzair Baloch’s gang used to behead rival gangsters and throw away their heads, this is not made-up or a story from Mexico, this was happening within Karachi, my city" .

Zaidi said that Sindh High Court ordered JIT reports on Uzair Baloch and Baldia Factory fire to be made public but Sindh govt did not do so.

I approached SHC again for contempt of Court case, next day PPP went to SC with an appeal" he added.

The minister said that a known target killer involved in all sorts of criminal activities, according to JIT, was involved in police transfers, as a citizen of Karachi, should that not affect me that my area SHO was sheltering a criminal like Uzair Baloch.

He said Uzair Baloch confessed that "My life and my family is in danger from Asif Zardari and PPP. They can die to silence me. I did everything at the behest of PPP leadership". He also showed a video about PPP and Uzair Baloch alliance in politics.