Iraq War Inquiry Report: Has UK become a puppet of US Policies
7 Jul, 2016 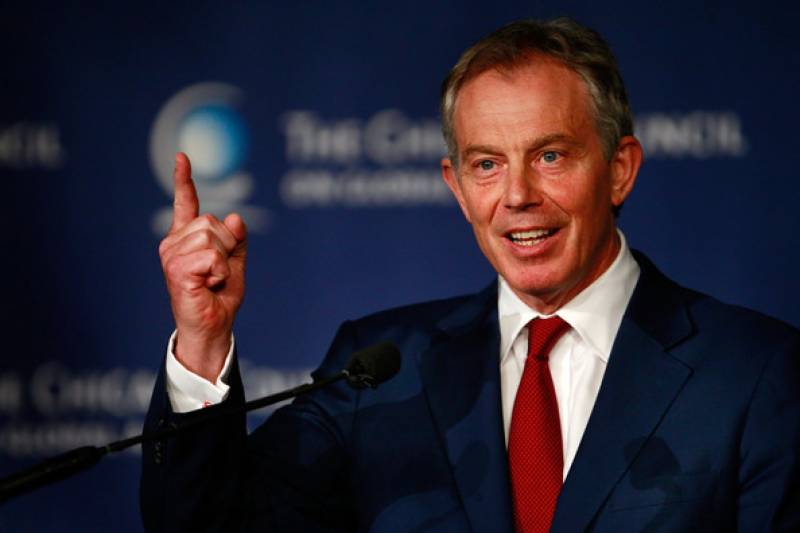 LONDON, July 6, (APP/AFP) - Former British prime minister Tony Blair took his country into a badly planned, woefully executed and legally questionable war in Iraq in 2003, according to the findings of a long-delayed inquiry into Britain's role in the conflict.

Blair faced particular criticism after pledging to support US president George W. Bush the year before the invasion "whatever" happened and failing to ensure "there was a flexible, realistic and fully resourced plan".

More than 150,000 Iraqis had died by the time most British troops withdrew in 2009, while 179 British soldiers also lost their lives. The country remains plagued by sectarian violence.

Responding to the report in a short statement Blair insisted he had acted in Britain's "best interests".

"Whether people agree or disagree with my decision to take military action against Saddam Hussein, I took it in good faith and in what I believed to be the best interests of the country."

Britain's scarring experience in Iraq has made it deeply wary of committing ground troops to international military interventions in countries like Syria and Libya.

Unveiling the 2.6 million-word report, which took seven years to complete, inquiry chairman John Chilcot said it was "an account of an intervention which went badly wrong, with consequences to this day".

More than 100 anti-war protesters gathered outside the conference centre where the report was published, with many shouting: "Blair lied, thousands died" and "war criminal Tony Blair".

Although the legality of the invasion was not in his remit, retired civil servant Chilcot said the process of deciding the legal basis for war was "far from satisfactory".

"We have concluded that the UK chose to join the invasion of Iraq before the peaceful options for disarmament had been exhausted. Military action at that time was not a last resort," Chilcot said.

The war was justified on the basis that the Iraq leader had weapons of mass destruction, although no such weapons were never found.

community, but said the government had "overstated the firmness of the

evidence" about Iraq's capabilities and intentions.

It confirmed long-held suspicions that Blair put Britain on a path to war as early as July 2002, when he wrote a letter to Bush, saying: "I will be with you, whatever."

The report also said Blair had "overestimated his ability to influence US decisions on Iraq".

The inquiry dismissed Blair's assertion that it was not possible to predict the strength of local opposition, the rise of Al-Qaeda and the involvement of Iran, which fuelled the violence, saying these were "explicitly identified before the invasion".

Relatives of some of the dead soldiers attended the report's publication.

Blair apologised last year for the fact the intelligence was wrong, and for mistakes in the planning, but said he did not regret removing Saddam.

He was expected to address reporters later Wednesday on the report, but his reputation is already in tatters over a conflict that most now believe was a mistake, and some believe was a war crime.

- 'People should be accountable' -

"Tony Blair and those who supported the war should be brought to a court of law and be prosecuted," said John Loyd, a 70-year-old protester outside the venue where Chilcot spoke.

"If we call us a civilised country then people should be accountable for the results of what they did," he added, holding up a sign saying: "Justice for Iraq. The Hague for Blair".

"They prosecuted an illegal war and the result was the destruction of a country," he added.

The International Criminal Court in The Hague has said it will consider the report but has no investigation open. The legality of the war is outside its jurisdiction.

The war, which at one point saw 46,000 British troops deployed, mostly in southern Iraq around the strategic oil hub of Basra, still looms large over British politics.

Jeremy Corbyn, current leader of the party Blair once headed, Britain's Labour party, is hoping to use the Chilcot report to see off a rebellion by his own MPs over what they see as his lacklustre campaigning against Britain leaving the EU.

The veteran socialist, who was only picked as leader last year, strongly opposed the war in Iraq, while many of his critics had supported it.