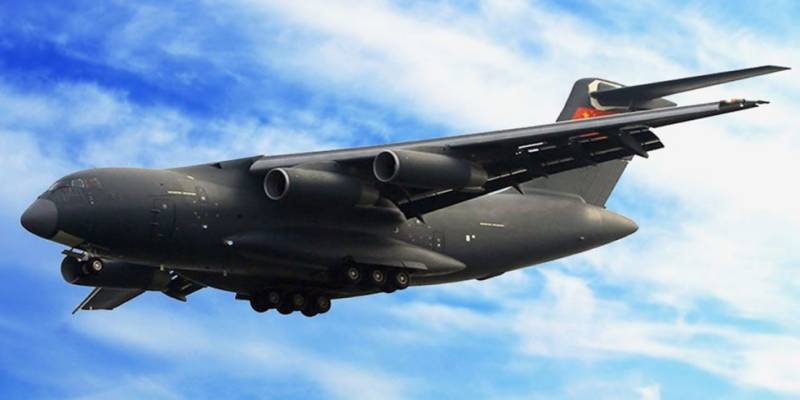 The announcement comes with tensions mounting over territorial disputes between Beijing and its neighbours in the East and South China seas.

The plane is intended for moving troops and cargo over "long distances in diverse weather", it said.

With 55 tonnes on board it could fly from western China to Cairo.

For decades, China stuck to a strategy, articulated by former paramount leader Deng Xiaoping, of "hiding its strength and biding its time".

But in recent years, it has conspicuously expanded its military's reach and taken a more aggressive stance on disputes on its periphery.

The construction of artificial islands capable of hosting military facilities in the South China Sea has raised tensions with rival claimants to regional waters, most notably Vietnam and the Philippines.

It has also earned the ire of the United States, which says a military buildup in the area will threaten the free transit of strategically important international waterways.

At the same time, China has also played a significant role in international policing efforts.

China is a major contributor to UN peacekeeping efforts and has also assisted combating piracy in the Gulf of Aden.

In November last year, it announced it would establish a naval facility in Djibouti, the strategically vital entrepot on the Horn of Africa.

The new aircraft will be used for "safeguarding national security as well as domestic and international rescue and relief work", Xinhua quoted Shen as saying.