US Marines deployed in Helmand to assist ANA against Taliban
7 Jan, 2017 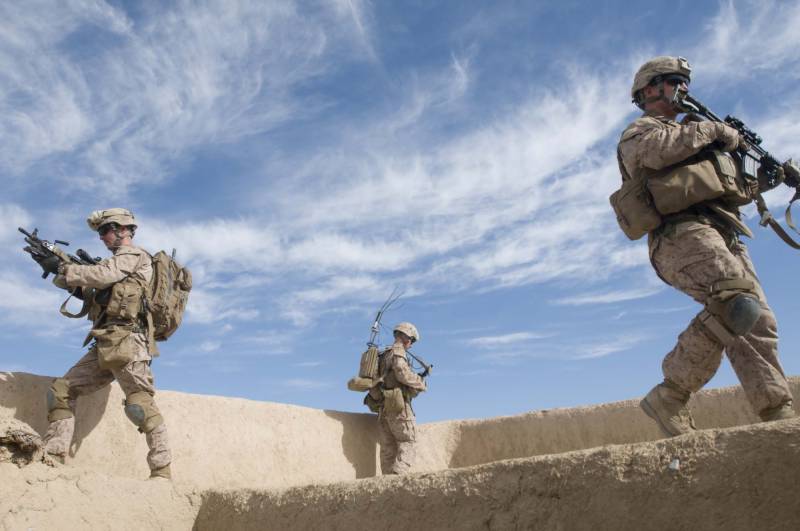 KABUL: (APP) Afghanistan on Saturday welcomed the Pentagon's decision to deploy some 300 US Marines to the volatile province of Helmand, where American forces engaged in heated combat until their mission ended in 2014.

The Marines will head to the poppy-growing southern province this spring to assist a NATO-led mission to train Afghan forces, in the latest sign that foreign forces are increasingly being drawn back into the worsening conflict.

No decision yet made about US troops in Afghanistan: Pentagon

For years Helmand was the centrepiece of the US and British military intervention in Afghanistan only for it to slip deeper into a quagmire of instability, with large swathes of the province under the control of the insurgents.

"The US deployment is important. This will increase our capacity in fighting terrorism," defense ministry spokesman Mohammad Radmanish told AFP.

The Marines will train and advise Afghan soldiers and police officers fighting Taliban insurgents in Helmand, according to the US Central Command (CENTCOM).

"We really need air support in Helmand. I hope they (US) support our air force, since we don't have enough air power in Helmand," Rasul Zazai, a spokesman for the Afghan army's 215 Corps stationed in Helmand, told AFP.

Around 30,000 people were displaced in Helmand alone, mostly fleeing to provincial capital Lashkar Gah, with the city still practically besieged. The roads from neighbouring districts are heavily mined by the insurgents.

"More troops mean more fighting," Mohammad Qasim, a local elder in Helmand, said of the US deployment. "It will certainly affect people and their lives. We will witness more fighting and more displacement in the spring."

The Taliban effectively control or contest 10 of the 14 districts in Helmand, the deadliest province for British and US troops over the last decade and blighted by a huge opium harvest that helps fund the insurgency.

NATO officially ended its combat mission in December 2014, but US forces were granted greater powers in June to strike at the insurgents as President Barack Obama vowed a more aggressive campaign. The US still has some 8,400 troops in the country.

In early December General John Nicholson, the chief US and NATO commander in Afghanistan, said that Kabul directly controls about 64 percent of the country's population of 30 million, down slightly from 68 percent earlier in 2016.